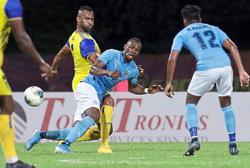 The spoiler: Abdul Malik Mat Ariff reeling away in delight after scoring a late equaliser against Selangor. — Bernama

Dollah admitted that he had no choice but to throw Manuel Hidalgo, Abubakar Yakubu and Kenny Athiu into the mix in the hope of nicking at least a point at the Darulmakmur Stadium.

Hidalgo opened accounts for the hosts in the 48th minute before the Red Giants equalised in the second-half through Aung Hein Htet in the 76th minute.

“There is now a change in our style of play... but the downside is that in our eagerness to secure victory, we spent more time defending and that gave Selangor the space to score twice.

“However, my players managed to raise their game towards the end of the match to get the equaliser, ” he said.

Dollah was particularly impressed with the performance of 22-year-old Argentine playmaker Hidalgo, who had the opposition defenders in sixes and sevens with his vision and skills.

The former international revealed that he could not field their other new signing, Myanmar’s Aung Kaung Mann, as they have yet to resolve the player’s international transfer certificate (ITC).

Meanwhile, Selangor coach Karsten Neitzel said the draw was a blow for them.

“The lesson here is that if you are in the lead, hang on to it by playing possession football and remaining consistent until the final whistle.

“What hurts is that they equalised so late into injury time. Anyway, my players gave their best, ” he said. — Bernama 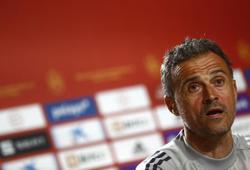