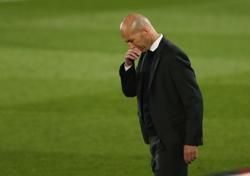 LIVERPOOL, England (Reuters) - Real Madrid and Liverpool both went into their Champions League quarter-final tie heavily depleted in defence but the Spaniards proved they had greater strength in depth as they advancing to the semi-finals.

Unfamiliar centre back pairing Eder Militao and Nacho Fernandez held firm as Real ground out a 0-0 draw in Wednesday's game at Anfield to protect their 3-1 advantage from the first leg.

Brazilian Militao was making his ninth start this season while Spaniard Nacho had played little more than half his side's matches, but their assured displays meant Real barely missed first-choices Sergio Ramos and Raphael Varane.

"We had some huge absences, Ramos and Varane are two pillars of this team, but Nacho and Militao proved they have what it takes," said Real midfielder Casemiro.

"You never know when you might get your turn, and it's not easy at all to play in this team, but they showed they are up to the task."

Liverpool had far more chances than in last week's defeat but Real's central defenders plus unfamiliar right back Federico Valverde and regular left back Ferland Mendy did enough to keep Mohamed Salah, Sadio Mane and Roberto Firmino at bay.

"Militao and I are first-team players and the fact we're here means we're doing something right," said Nacho after a third big performance for Real in eight days which also included a 2-1 win over Barcelona.

"We've just played three really demanding games, all of them very difficult but we performed at the highest level. We knew Liverpool would push us all the way but we were spectacular in defence."

Liverpool have been missing their defensive leader Virgil van Dijk for most of the season plus experienced defenders Joel Matip and Joe Gomez.

Real have lost more players than any other team in La Liga this season, and were also without right backs Dani Carvajal and Lucas Vazquez against Liverpool.

"All you can say is that we are all in this together, with everything that has happened to us this season, all the injuries we have had. This team can never be written off," said coach Zinedine Zidane.

The 13-times European Cup winners have reached the Champions League last four for the ninth time in 11 seasons and will meet Chelsea for a place in the Istanbul final on May 29. 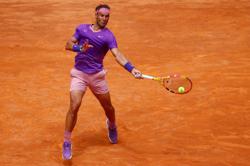