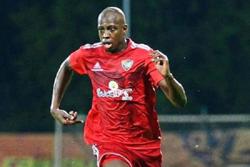 PETALING JAYA: Petaling Jaya City are continuing to prove the sceptics wrong with their all-local line-up.

And skipper K. Gurusamy is confident the Phoenix will continue their rise and become a force to be reckoned with in the Super League.

Before the season started, many questioned the team’s decision to rely on local players with some predicting they will be in for a tough season.

But they have done extremely well thus far by collecting nine points from six matches and are fifth in the 12-team standings.

Tonight, they will entertain Klang Valley rivals, Kuala Lumpur, and Gurusamy hopes his teammates will continue delivering the goods.

“Team morale is good at the moment. After the goalless draw against Terengganu in our last match, we are hungry for a win, ” he said.

“With all locals in the squad, there’s more for us to prove.

“Last season, when we had foreigners, our game was about long balls.

“If a match requires 90 minutes running, we’ll do it, ” said the 32-year-old midfielder.

Gurusamy added that he will be battling familiar foes tonight.

“Tactically, KL are good and they too will want to continue doing well.

“They are just a point behind us so we can expect a tough night.

“Their coach (Bojan Hodak) is highly experienced and well-respected so I’m sure he has a plan to beat us.” 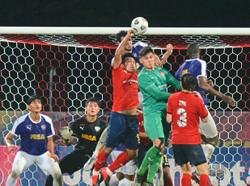