In a statement yesterday, AFC said they had taken note of the Chinese Football Association’s (CFA) confirmation of reigning Chinese Super League champions Jiangsu’s withdrawal from participating in the 2021 season.

In accordance with the 2021 AFC Champions League Competition Regulations, the AFC Competitions Committee also have decided to cancel the playoff match between Pohang and Ratchaburi which was scheduled to take place on April 14.

“Both clubs have instead been awarded with direct entries into Group G, alongside Japan’s Nagoya Grampus and JDT from Malaysia, with Pohang Steelers now occupying position G1 and Ratchaburi drawn into position G4, ” according to the statement.

Meanwhile, the AFC also confirmed the centralised matches for Group G are set to take place from June 21 to July 7 in Thailand. —Bernama 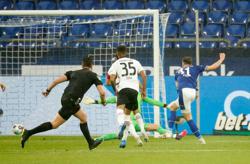