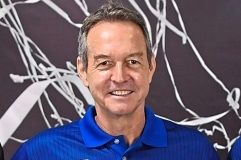 Against Melaka at the Hang Jebat Stadium on Saturday, manager Dollah Salleh was seen on the pitch with Dooley and his assistant Christophe Gammel missing.

Dooley chose not to reveal the reason behind his absence.

“I cannot divulge much information. I totally disagree about this situation but I need to respect it. I have a different view compared to others. Right now, I can’t be involved with the team, ” said the American.

The management have not announced his status officially but sources close to the club said that Dollah, their former coach, would take charge in the match against Sabah (March 16) and Petaling Jaya City (March 21) before the league takes a two-week break until April 2.

Pahang chief executive officer Datuk Suffian Awang was unavailable for comment while Dollah preferred to focus on getting the team back on track.

“Our game against Melaka was below par although we performed better in the last 10minutes. I will get the boys ready against Sabah.

“I’m not too happy with our attack but I will still give the imports (Pedro Henrique and Yevhen Bokhashvili) a chance. They have to prove themselves in training, ” he added.