The result left the Magpies in 16th place, seven points ahead of 18th-placed Fulham who have two games in hand, but Bruce was adamant they had every chance of avoiding the drop.

"You need a performance - and we've been short, there is no disputing that - but we've had awful injury problems, illness," Bruce told the BBC.

"I don't like making excuses but I don't think since the start of the season I've played what I think is my strongest team. If we keep performances like that we will be OK.

"That's the best we've played in weeks. It was good to see the forward players on the pitch to make that possible for us.

"We had 20-odd shots, we hit the bar and we were unfortunate we didn't score more but we have to go back again tomorrow and get ready for the weekend."

Newcastle defender Jamaal Lascelles echoed Bruce's views as they missed a flurry of chances in the last 30 minutes to come away with something, having stretched their winless league run to nine games including seven defeats.

"It's a real disappointment in terms of the result," he said. "I thought we were the better team and I don't think anyone could question our work ethic.

"We're obviously going through a difficult spell at the minute. In terms of the last seven or eight games, performances have not been not good but I can honestly say today was a step in the right direction."

Leeds manager Marcelo Bielsa was delighted after Leeds completed the league double over Newcastle, having beaten them 5-2 in the reverse fixture last month.

"We expected a difficult game," he said.

"There was a 20-minute spell after Harrison's goal where it was difficult to control the game. We needed to win and it was very difficult but we managed to do it." 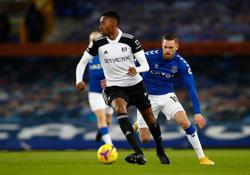