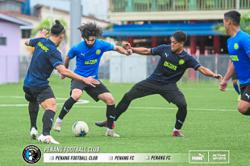 Prime candidate: Endrick Santos (right) will be eligible to become Malaysia’s naturalised player if he completes one more season.

PETALING JAYA: Penang’s Endrick Santos, who is entering his fourth season in Malaysia, feels that he is primed for national duty.

The former Selangor and Felcra player will be eligible to become the country’s naturalised player if he completes one more season.“Each year that passes, my game has evolved. That’s why I feel that I’m the right candidate to turn out for Malaysia. Without a doubt, it will be an honour to don the jersey. I’m more than prepared for the challenge, ” he said.

But first, the 25-year-old midfielder must continue to prove his worth for newly promoted Penang in the Super League.

Feeling rejuvenated after heading home to Brazil during the off-season, Santos said he is ready to pick up where he left off.

“It was good to be back in Brazil and see the family although it is one of the countries with a high number of Covid-19 cases.

“Despite the restrictions, it was good to be home as I get to unwind among family and friends. I feel fully rested physically and mentally and ready to make another strong comeback for next season.

“The new lockdown got in the way a little bit, but the coaches managed to keep us in shape although we longed to be on the pitch.”

And the signings have got the seal of approval from Santos.

“Without a doubt, we have a strong team to challenge the big boys. They are good signings and I’m looking forward to starting my journey with them.

“The most important thing is to maintain our style of play which proved successful last season. For me personally, I’m not targeting any individual goals, I just want to do what’s best for Penang.”

Santos was a key player for the Panthers in the truncated season last year when he scored eight goals in 10 games to help them emerge Premier League champions. 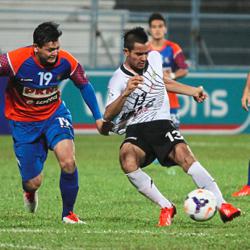