MOENCHENGLADBACH, Germany (Reuters) - Nico Elvedi's second-half header gave Borussia Moenchengladbach a 1-0 win over Werder Bremen on Tuesday, a third victory in four league matches this year that lifted them to seventh in the Bundesliga.

Gladbach, with Breel Embolo out of the squad following allegations he broke COVID-19 lockdown rules and Marcus Thuram suspended, were rarely dangerous up front until Swiss international Elvedi's superb header in the 66th minute from a free kick.

Gladbach survived a nervous finale with Yann Sommer beaten in the 88th minute but Milot Rashica's shot bounced off the post and into the keeper's arms.

Werder's Leonardo Bittenocurt then fired narrowly over the bar from 10 metres out a minute later.

The Foals, who face Manchester City in the Champions League Round of 16 next month, are unbeaten so far this year and on 28 points. VfL Wolfsburg climbed into fifth with a 2-0 win at Mainz 05 while Union Berlin, in sixth on 28, take on RB Leipzig on Wednesday. Werder drop to 13th on 18.

Leaders Bayern Munich, on 36, travel to Augsburg on Wednesday. 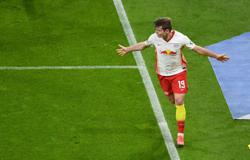 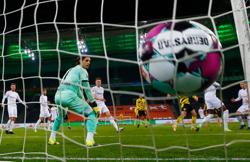