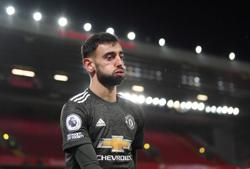 (Reuters) - Manchester United are hopeful Marcus Rashford can shake off the shoulder injury that kept him out of international duty with England in time for Saturday's Premier League clash against West Bromwich Albion, manager Ole Gunnar Solskjaer said on Friday.

Rashford missed England's Nations League contests against Belgium and Iceland but trained with the United squad on Friday.

"He's worked in the gym and has got treatment. He joined in the session today," Solskjaer said in a news conference. "I hope he'll hold his hand up and say he's ready. That will be up to him. I think he feels okay."

Greenwood, 19, has failed to complete a full 90 minutes for United this season and missed their 3-1 win at Everton before the international break through illness.

He was previously sent home from international duty after breaching COVID-19 protocols and was left out of Gareth Southgate's most recent England squad.

"You have to take a step back sometimes, the boy's only 19, he's had a fantastic year," Solskjaer said. "Everyone's allowed to not be well, if you're not well you can't train.

"He's been away eight or nine days from training, we're just building him up again. I have no doubts about him. He has a very good head on him and the talent is there for all to see."

United have failed to win a Premier League game at Old Trafford this season but Solskjaer is confident his side can get up and running against Slaven Bilic's West Brom, who are third from bottom. 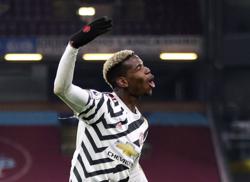