(Reuters) - Former Tottenham Hotspur and Swansea City goalkeeper Michel Vorm on Monday announced his retirement from the sport, bringing an end to his 15-year career.

The former Netherlands international spent six seasons with Spurs, mainly as a backup to Hugo Lloris, before leaving the north London club when his contract expired last season.

"I decided to retire from playing professional football," Vorm said on Instagram https://www.instagram.com/p/CGz3fznAjs_. "I am thankful to play for all these clubs and honoured that I was able to represent my country on international tournaments."

(Reporting by Manasi Pathak in Chennai, editing by Pritha Sarkar) 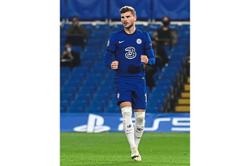