Wizard from Dungun Safawi closing in on Portugal stint 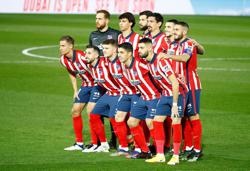 File picture of Safawi celebrating after scoring in the final match between Malaysia and Vietnam in the AFF Suzuki Cup 2018 at the National Stadium in Bukit Jalil.

PETALING JAYA: After terrorising defenders in the Malaysian Super League, Safawi Rasid is set to thrill fans in the land that produced players like Cristiano Ronaldo and Luis Figo.

The Harimau Malaya winger could be playing in the Portuguese Primeira Liga next season.

His club also confirmed that they have received an offer for Safawi from Portuguese Primeira Liga side Portimonense SC.

JDT sporting director Martin Prest said the club believes the offer is good for both the club and Safawi, and thus "we are willing to let Safawi further his career in Europe."

However, he was unable to reveal details of the offer as final negotiations are still ongoing.

Safawi, a key player for Harimau Malaya, is one of the most highly-rated youngsters in the South-East Asia region and has been immense in the rise of JDT as the top club in Malaysia.

Safawi’s stock rose in 2018 after he won the Malaysia Football League (MFL) most promising player, best midfielder and MVP after scoring 16 goals in 34 matches.

He proved even more lethal in 2019 when he scored 20 goals in 34 matches to win the MFL best striker, most popular player and also the MVP for the second year in a row.

The wizard from Dungun was instrumental for JDT as he helped the team hoist the Charity Shield, Super League and Malaysia Cup trophies. For the country, he played 10 matches and scored six goals