Training takes back seat as Cops still on the front line

PETALING JAYA: Police may well be the last Super League side to resume training despite the government’s decision to allow non-contact training on June 15.

Their coach Mohd Ishak Kunju Mohamed said his players would most likely return after July 1 as 60% of the squad are still serving as frontliners since the movement control order (MCO) came into effect on March 18.

“Most of our players are cops. I was told the circular for them to return to training will be issued on July 1... there’s nothing much we can do until then, ” said Ishak.

“Once we get the all clear, we’ll be able to conduct the Covid-19 swab tests.

“For the time being, they will continue with their training programmes at home.

“This is definitely a setback for us but we have to live with it. There will be a lot of catching up to do once we start training.”

Ishak, however, added that there is some good news. Winger R. Surendran has recovered from a hamstring injury and they have also beefed up their squad with another winger, Kedah’s Hidhir Idris who is on loan.

Ishak’s biggest concern is getting the players to be mentally and physically prepared for the fast and furious resumption of the season.

The league will restart with a reduced seven-match fixture in September.

“I have been in contact with the players to monitor their condition. Some of them had gained a bit of weight as they could not train regularly due to their work, ” he said.

“When training resumes, we will have those who are ready to hit the ground running, another bunch with some level of fitness and the last group who need to start conditioning from scratch.

“I need to get them fired up again.

“But we need to take it slow. We must let them enjoy being back on the pitch and we will take it from there.” 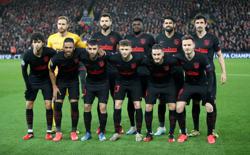