BERLIN (Reuters) - Bundesliga clubs returned to team training on Monday, with players split in small groups or pairs and kept at a safe distance amid strict measures to contain the spread of the coronavirus.

German soccer has been suspended for almost a month and the German Football League (DFL) has said the ban will remain in place for the top divisions at least until April 30.

Clubs, however, were given the all clear from their state authorities and the DFL to resume training this week, with champions Bayern Munich deciding to train players in small groups to minimise the risk of infection.

"Obviously all health guidelines are being adhered to," the club said in a statement.

"Obviously the training is closed to the public. FC Bayern are asking fans to continue following guidelines and please do not come to the team's training centre."

The Bavarians trained in groups of five but without any contact, just like Borussia Moenchengladbach, VfL Wolfsburg and others.

Bottom club Paderborn also trained in small groups with coach Steffen Baumgart saying it was important for the players to be back on the pitch.

"It is important that players get the ball on their feet again," Baumgart said. "That is why we have created the training sessions in such a way that ball activities are the focus."

Weight and fitness sessions will be done individually, he said.

Germany has seen the number of infected people rise above 100,000 this weekend and nearly 1,600 have died after testing positive for the virus that has forced the country into lockdown.

Despite the training resumption the DFL made it clear last week it was not known if or when the season would resume, and the stop in play has also had major financial effects on clubs.

Dortmund have also provided part of their Signal Iduna Park stadium for the treatment of suspected virus cases. 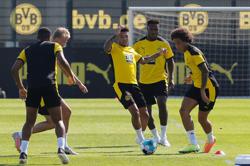 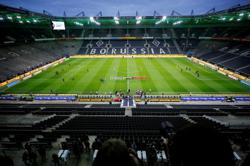 Bundesliga to have shorter winter break next season 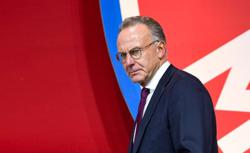