The rightback, who can also play as a right-winger, will replace Filipino striker Mark Hartmann who has been loaned out to fellow Super League side UiTM.

PJ City secretary-general S. Ganesh said he was glad to get the deal done before the transfer window closed last Sunday.

“The decision to sign Anawin is due to coach K. Devan’s request to strengthen the team,” aid Ganesh.

“The loan deal with UiTM happened after the team showed interest in the player.”

He also has featured for the Thai national team from the age group to the senior team from 2006 to 2014.

Ganesh said Anawin was signed thanks to the club’s scouting network.

“We had a recommendation to sign Anawin and we looked at his background and his achievements ... we feel he will be a good fit for us.

“He has won several titles and played with several top sides like Bangkok Glass and Buriram before,” added Ganesh.

“We believe he can lift the team and bring his experience to the younger players.

“We are a young team and we can use all the experience we can get in the team.” 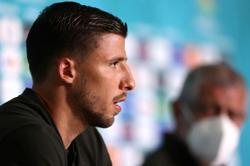