Wolfgang Niersbach, president of the German Football Association (DFB) arrives for a news conference at the DFB headquarters in Frankfurt October 22, 2015. REUTERS/Ralph Orlowski

On Tuesday more than 50 police and tax investigators raided the DFB headquarters as well as Niersbach's and other officials' private homes in search for evidence that could back up suspicions by the Frankfurt prosecutor's office the president, during his time as World cup 2006 organising committee Vice President, and two former committee colleagues did not pay tax on a controversial transfer to FIFA in 2005.

At the heart of the investigation is a 6.7 million euro payment from the DFB to FIFA that Der Spiegel magazine claimed was a return on a loan from the then Adidas CEO Robert-Louis Dreyfus to help buy votes for Germany's World Cup bid at the FIFA election in 2000.

"Can Niersbach remain in office," said the best-selling Bild newspaper on Tuesday. "The DFB must act," wrote the Frankfurter Allgemeine Zeitung.

Der Spiegel's report in October had claimed a slush fund had been set up with Louis-Dreyfus' financial support to buy votes for Germany's World Cup bid.

Both the DFB and Niersbach, as well as then organising chief Franz Beckenbauer, have rejected the votes-for-cash claims made by Der Spiegel.

But Niersbach has said an internal investigation was underway to find out why the amount was paid to FIFA and what was it used for. Asked at a press conference on Oct. 22 why the DFB had paid FIFA the amount, Niersbach said: "I don't know." FIFA are also investigating the claims.

German politicians are demanding explanations and urging the DFB to come clean.

"This is the right way to bring light into the darkness," said Dagmar Freitag, head of the parliamentary committee on sport, welcoming the tax raids.

Niersbach, however, has not spoken since Tuesday's raids.

A member of both the FIFA and UEFA Executive Committees, the 64-year-old Niersbach was once seen as a possible dark horse for the presidential races in both troubled organisations, hit by their own string of bribery scandals involving the awarding of World Cups.

This scandal, however, has essentially killed off any chances of making an international career in soccer administration at the moment with Niersbach now fighting for both professional and personal survival.

The DFB, which only days ago had thrown its weight behind him saying he enjoyed "absolute trust", late on Tuesday said it was individuals who were suspected of tax evasion and not the DFB, the first sign of distance between the DFB board and its president.

The prosecutor's office said shifting through the evidence would takes weeks but should there be proof of tax evasion the case would go to court. Spokeswoman Nadja Niesen said if found guilty of tax evasion, sentences can be anywhere from between six months to 10 years.

Niersbach, his predecessor at the DFB Theo Zwanziger, also an 2006 organising committee Vice President, and Horst Schmidt, another vice president at the time, are suspected of marking the amount paid to FIFA as operational costs in the tax returns in 2006, avoiding payment of several corporate and commercial taxes as well as a solidarity contribution. 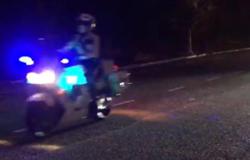 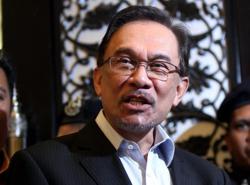