KUALA LUMPUR: Youth and Sports Minister Khairy Jamaluddin is running out patience with the Football Association of Malaysia (FAM).

That was their reactions on the ruckus caused by Terengganu football fans at the Sultan Mizan Zainal Abidin Stadium in Gong Badak last Saturday after their team failed to reach the FA Cup final.

Although Terengganu beat Lions XII 3-2 in the semi-final return-leg match, the aggregate score of 4-4 saw the Singapore team advancing to the final on the away goals rule.

But what sparked the mayhem was the referee’s decision to disallow a goal for offside late in the game. Had the goal stood, the Turtles would have qualified for the final.

The fans went on a rampage after the final whistle, burning an ambulance and vandalising the stadium. 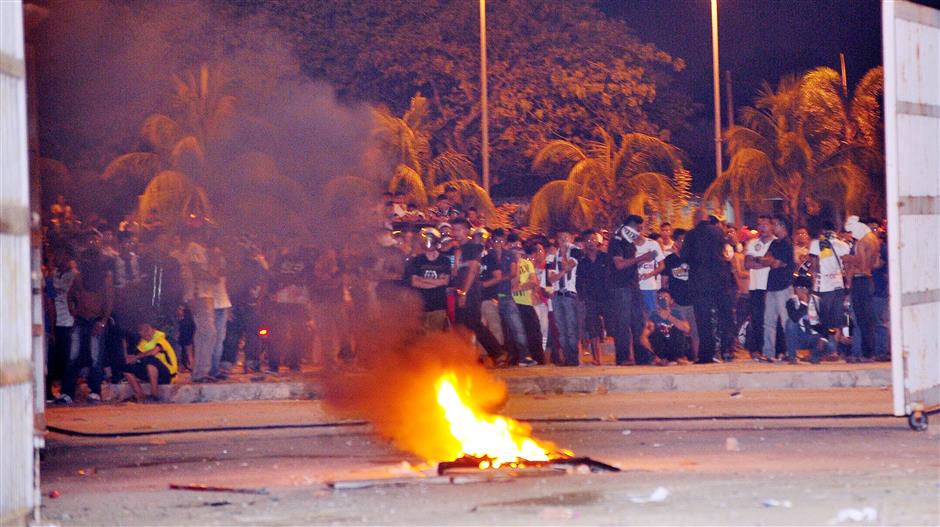 Khairy said that he’s tired of the same issue resurfacing despite repeated calls to FAM to keep their house in order.

“We’ve asked FAM repeatedly to look into the situation but they’ve not done a good job to curb it. This is terribly embarrassing,” Khairy told in a press conference after witnessing the presentation of a RM2mil sponsorship by Astro to the OCM.

“My patience is running very, very thin with FAM in regards to how they manage the crowd.

“The FAM need to sit down and call all their stakeholders, including the teams and security personnel – police and stadium authority – and come out with a plan.

“The security issue and the unruly behaviour of fans speak in general the level of control that FAM have over their own league.

“Before we start talking about privatising the league or professionalism in managing the league, I think it’s better that FAM solve these key issues first – the security and unruly behaviour in stadiums.”

Khairy said that FAM should also come out with ways to hold the states or the teams accountable as well.

“FAM have to review the steps taken to ensure that this does not recur. They must look at punitive actions against those responsible,” he said.

“Yes, you can blame the dissatisfaction of the fans or the decision made by the referee, but these are not excuses for one to turn into a hooligan.

“In some way, teams are responsible for the behaviour of their fans in their own stadium. FAM should take the state or team to task.”

He said that the FAM should start taking a tough stance by making teams play in empty stadiums.

“Many of the European leagues take a tough stance on their clubs when their fans become unruly. Even this season, we saw many teams playing in empty stadiums,” said Tunku Imran.

“If FAM really want to overcome this problem, they should take punitive actions. The states involved should play in empty stadiums. No fans should be allowed in. This will serve as a punishment and prevent from fans going overboard.”