In their element: Nur Dhabitah Sabri (right) and Wendy Ng Yan Yee in the water after a dive in the 3m springboard synchro event at the World Championships in Budapest. — Reuters

PETALING JAYA: Divers Wendy Ng Yan Yee and Nur Dhabitah Sabri have bounced back on the world stage after failing to qualify for the Tokyo Olympics in the 3m springboard synchro.

The duo have qualified for the final of the event after dishing out a respectable performance in the semi-finals of the World Championships at the Duna Arena in Budapest yesterday.

They finished sixth with 272.97 points, which was good enough to make the cut for the top 12 final.

Then inconsistency hit them in the last two jumps when they managed only 54.87 but improved in their final dive with 62.10.

Wendy and Dhabitah failed to qualify for Tokyo 2020 after finishing 15th in the World Cup preliminary round last year.

China continue to dominate in Hungary, with Chang Yani and Chen Yiwen finishing top with 317.73 in the preliminary round.

Dhabitah said it was a good performance considering that it was their first outing together since the World Cup last year.

“We’ve not partnered for some time, so in the preliminary round, I would say that it wasn’t a bad performance to start with. Let’s hope we can continue the momentum in the final,” she said.

Dhabitah will hope that she can get a second podium finish after winning a bronze with Pandelela Rinong in the 10m platform synchro.

Meanwhile, in the men’s 10m platform preliminary round, Jabillin Jellson was just one spot away from the semi-final after finishing 19th with 353.10 points. 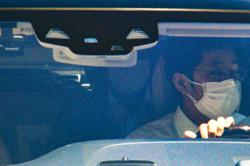