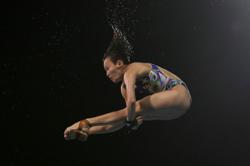 PETALING JAYA: Consistency is the key to diver Cheong Jun Hoong’s plan to end her third and likely final Olympics campaign on a glorious splash in Tokyo.

The 31-year-old platform diver will stick to the same routines that led to her winning at the 2017 World Aquatics Championships in Budapest, Hungary. 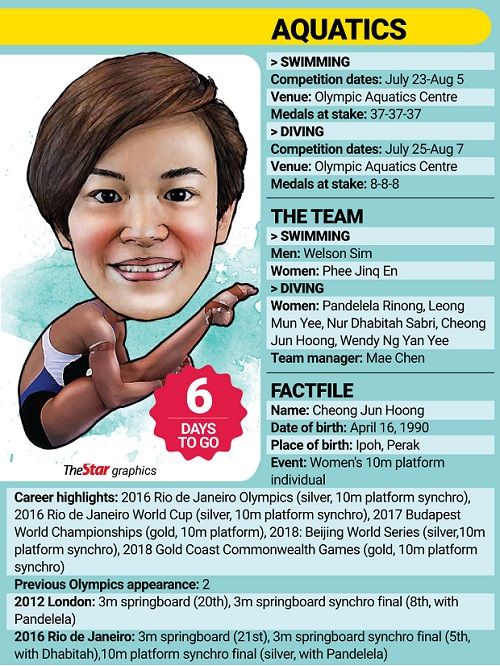 In Budapest, Jun Hoong was only seventh with 325.50 points after the semi-finals.

But in the final, she displayed good consistency and stability throughout her five dives to earn 397.50 points to achieve the stunning feat.

Jun Hoong is only the second non-Chinese diver to win the women’s individual platform event in the last decade since Mexican Paola Espinosa, who triumphed in the 2009 edition in Rome.

The Ipoh-born diver, who is training under former national coach Yang Zhuliang, admitted that there is not enough time for her to learn new tricks.

“I am just polishing up my routines. The highest degree of difficulty I am using is 3.2 and it is still relevant because of the current situation (Covid-19 pandemic) where there have been no physical competitions,” said the spunky diver, who is just relieved to have made it to another Olympics when it all looked like over after she had to go for knee surgeries three years ago.

Jun Hoong then had to wait until May this year to vie for an Olympics spot in the Diving World Cup in Tokyo where she finished 18th in the women’s 10m platform individual preliminaries.

However, there was a momentary setback when FINA, the world governing body for aquatics, rescinded their decision to allow only the top 15 as the Olympic cut-off mark instead of top 18.

“It’s been a long journey for me to qualify for the Olympics,” said Jun Hoong. “People have said I couldn’t dive anymore, so it’s a relief that I’ve qualified and I got through by the FINA quota.

“I’m just excited that I can represent my country again. I am going to fight all the way,” said Jun Hoong, who has been under quarantine training in Bukit Jalil for almost a year.It will be the first time Jun Hoong is competing in the platform individual at the Olympics.

At the last Olympics in Rio de Janeiro in 2016, Jun Hoong took part in three events - the women’s 3m springboard and 10m platform synchro as well as the 3m springboard individual.

It was her partnership with Pandelela Rinong in the 10m platform synchro event that brought Malaysia a silver.

Pandelela is also down for a second event in the women’s 10m platform synchro where she will partner seasoned campaigner Leong Mun Yee. 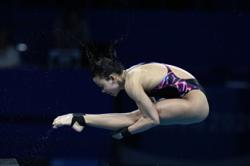