Diving into online platform to stay in the Olympics chase

Preparing for Tokyo: Leong Mun Yee (front) and Pandelela Rinong have qualified for the Olympics.

PETALING JAYA: The new norm in diving competition seems to be anything but normal. And there’s no competition.

The Malaysian and Singapore legs of the Diving Grand Prix meets have now been cancelled and there’s nothing for the divers to look forward to this year – unless the Amateur Swimming Union of Malaysia (Asum) confirm their plan to hold online meets.

Asum are thinking of having two online diving meets to let the divers gauge their progress from the training stints. These meets will see divers performing in different venues with live telecasts watched by judges who will then award points.

It may be a first in the world if the plan goes through.

“The plan is to hold two online competitions in November. We want to do one national programme for the states and a week later, it will be the turn of the divers in the elite national squad under the Olympics programme, ” said Asum secretary Mae Chen.

The elite divers under the Road to Tokyo programme resumed training at Bukit Jalil from June 8 while the other divers followed suit at the start of this month.

“We hope to get international participants from other countries to broadcast their dives and the judges to award scores on the online platform, ” said Mae, adding that they are in talks with broadcasting company Astro to turn the plan into reality.

“These online competitions will enable our divers to get competition exposure before the FINA Diving World Cup next year, which is going to be the final Olympics qualifier.

“The Malaysia and Singapore legs are not taking place this year while it is likely that the Australian Grand Prix, also in November, will be off as well as foreign participants will not be able to travel.”

Australia’s borders are likely to stay closed for the rest of the year due to a resurgence of Covid-19 cases there.

The Diving World Cup meet has been rescheduled to next February in Tokyo with Malaysia hoping to qualify for additional Olympic spots.

The divers who have qualified for the Olympics from the first phase are women divers Leong Mun Yee, Pandelela Rinong, Wendy Ng Yan Yee and Nur Dhabitah Sabri. 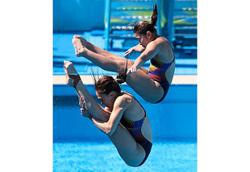 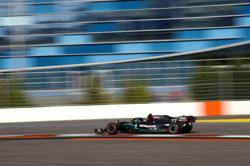