Captain Virat Kohli has been impressed by Krishna's pace and bounce and the 25-year-old gave a good account of himself in both the Indian Premier League (IPL) and domestic Vijay Hazare Trophy.

Pandya, who has played 18 Twenty20 Internationals, was included in the squad, which also includes his brother Hardik.

Yadav has built a reputation as a formidable power-hitter in the IPL and impressed with a blistering half-century in the fourth Twenty20 International against England on Thursday.

KL Rahul and Rishabh Pant are the two wicketkeepers in the squad.

Newly-wed Jasprit Bumrah has been rested, while fellow quick Mohammed Shami continues to recover from a wrist injury sustained in Australia in December.

Pune hosts all three matches with the first ODI on Tuesday. 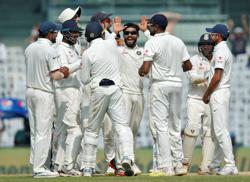 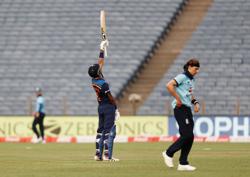