'Racism is real', Sammy urges cricket to do better

NEW DELHI (Reuters) - Former West Indies captain Daren Sammy has urged cricket's governing bodies to treat racism more seriously and pay it the same attention they give to upholding the integrity of the game.

Athletes across the world have spoken out about racism in sport as part of the Black Lives Matter protests after the death of George Floyd, a black man who died in police custody in Minneapolis on May 25.

Sammy, who led West Indies to two Twenty20 World Cup titles, has been at the forefront of the movement in cricket and wants those who run the game to do more.

"We've made the recommendations. You know racism is real. It is not something that we can hide," Sammy told Reuters from Trinidad, where he is playing in the Caribbean Premier League (CPL).

"If you're able to raise awareness in the game, where every person, every human being is treated equally, regardless of the colour of their skin, I think that is the way the world should be."

Sammy, who will lead the St Lucia Zouks in the CPL final against Trinbago Knight Riders later on Thursday, travels around the world with his former West Indies team mate Chris Gayle to play in numerous domestic tournaments as Twenty20 freelancers.

Both have complained about facing racial abuse in the past.

England joined West Indies in wearing "Black Lives Matter" logos on their shirts during their recent test series and also took the knee as part of the protests against racism.

"It's amazing to see the lack of conversation in the cricket circle from certain parts of the world when it comes to social injustice and racism and all these things," Sammy added.

"If you do care about the integrity of the game and don't take a stance against racism, or social injustice against people of colour, then to me you're really not doing your job."

Sammy caused a stir when he made an allegation of racism against his former Sunrisers Hyderabad team mates over a Hindi nickname he was given when he was part of the Indian Premier League franchise from 2013-14.

The West Indies later accepted a former team mate's explanation and now hopes the issue can be used to educate players about racism.

"My focus now is to educate people on certain slurs that is inappropriate to people of colour," added Sammy, who felt his T20-related travel had helped him better understand the culture and different backgrounds of players across the world.

"That's where I will always use my voice to advocate change for the better."

(Writing by Sudipto Ganguly in Mumbai; editing by Nick Mulvenney and Christian Radnedge) 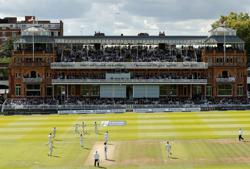