As champions, they clinched the Premier Cup Challenge Trophy and walked away with RM3,000 cash prize as they emerged tops in three of the five categories contested. Bank Rakyat players celebrating after their victory in the badminton doubles against Alliance Bank Malaysia Bhd.

In the opening game of the finals, Adrian Tan and Tan Yi Hui of Alliance Bank gave their side a good start in the Mixed Doubles event as they easily beat Bank Rakyat’s Dedy Sulaiman Mistawi and Nornadia Mohamad Fauzi 21-6,21-8.

Bank Rakyat bounced back in both the Men’s Doubles events before Alliance Bank managed to tie the score in the Women’s Doubles.

In the deciding Men’s Singles, Tan Han Chong sealed the championship point against Azizul Izwani Mohd Hushaini, winning 21-9,21-5 as his side celebrated clinching yet another title.

Han Chong from the Alliance Bank Bukit Mertajam Penang branch said his well-maintained stamina gave him the advantage as he made quick runs and smashes.

“Besides the win, one of the most important aspects in the championship is my team members’ endless support and positive connections with other banks, ” he said.

Azizul, who is from Bank Rakyat’s Seri Iskandar Perak branch, said it was a tight battle against Han Chong.

“I have done my best and I am already looking forward to joining the next championship, ” he said.

Deputy Youth and Sports minister Steven Sim had a special video message for the participants sent from Manila where he was attending the 2019 SEA Games. 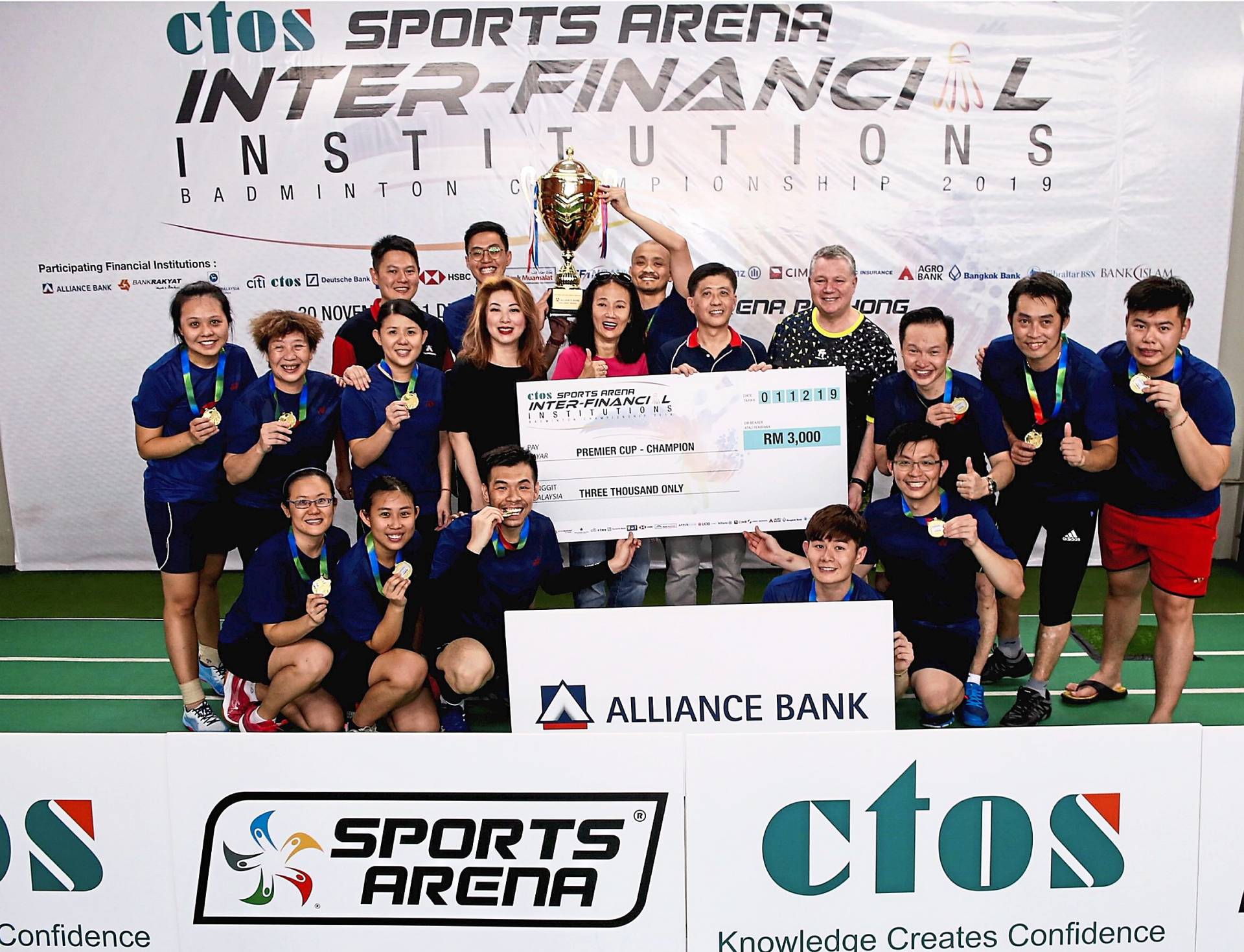 “It is our vision to expand sports beyond professional athletes and we want to create a sporting culture in our country,

“The winner of next year’s Inter-Financial Championship will be invited to take part in the Purple League Corporate Tournament, giving those in financial institutions the chance to prove their badminton skills against those in other industries, ” he said.

Following its success, the organisers hope to inspire other financial institutions to participate in future editions as a channel to create role models from the corporate level who are more involved in sports and to promote a healthy work-life balance.