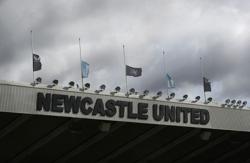 PETALING JAYA: Bowlers Timmy Tan (pic)-Rafiq Ismail will take a cautious approach despite being Malaysia’s best combination at the World Games in the United States.

Right-handed Timmy will team up with southpaw Rafiq in the match against the USA in the men’s doubles in Birmingham, Alabama tomorrow.

Even though both have a good record in past tournaments, it is best that they do not lower their guard.

Coach Holloway Cheah said this time it will be a different ball game as they will be playing under new formats and environment.

“The Baker’s format best of three games knockout was introduced for the doubles which is something new for them.

“This implementation has increased the competitiveness of the event,” said Holloway.

In this format, each doubles team member bowls five frames and the score is the total of the 10 frames.

The format requires teams to rotate in players so that each player plays in order: the doubles team simply alternates frames so the first bowler completes all odd-numbered frames and the second bowler bowls all the even-numbered ones.

In the women’s doubles, Natasha Roslan will pair up with Sin Li Jane as they face Puerto Rico tomorrow.

In the singles event today, Timmy faces Jivi Sewchuran of South Africa while Rafiq will take on Australia’s Callum Borck. 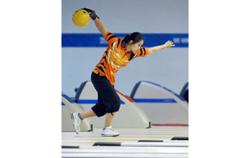