We’ve landed!: Sin Li Jane posing for a selfie with her teammates after arriving in Birmingham.

PETALING JAYA: Bowler Sin Li Jane has not tasted world-class action for two and half years.

But trust the national No. 1 to come alive when she hits the lanes as Malaysia begin their campaign in the World Games in Birmingham, Alabama starting on Thursday.

The Games, held every four years, runs over 10 days starting from tomorrow and consists of 36 other sports.

Li Jane will team up with Natasha Roslan in the women’s category while the men are represented by Rafiq Ismail and Timmy Tan.

Team manager Maradona Chok said the players had warmed up well for the Games.

“This will be Jane’s first tournament in more than two years as she opted to skip the world championships in Dubai last year, while the others have had a chance to taste top-level competition,” said Maradona.

“Although this is her first, I see the hunger is still there. In fact, the team are raring to go and morale is high.

“The top 16 countries in the world are competing and I expect competition to be stiff.”

Maradona said the team would also be playing the singles and doubles under different rules and environment.

“They will start immediately with the knockout round. So, it’s quite difficult to predict who will be the favourites as anything can happen,” said Maradona.

“They will also be bowling in a string pinsetter method which we have not tried before.”

With a string pinsetter, you have strings attached to the top of each pin. There is no interference with how the pins fall.

The pins are pulled back into the rack, and the machine then resets the ones that weren’t knocked down after the roll.

“Apparently many alleys in the US are using these method to cut cost on maintenance.”

To familiarise with the new technology, Maradona said the bowlers spend two days in Florida training at the HeadPinz centre before travelling to Birmingham.

As usual, the bowlers are expected to deliver.

“The elite bowlers are trained to fight for podium finishes and that goal has not changed.” 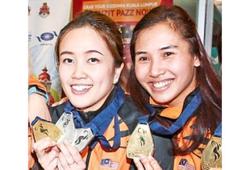 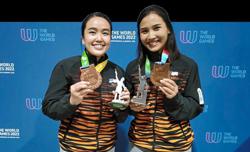