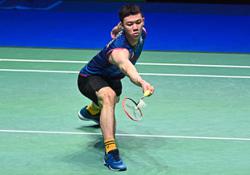 PETALING JAYA: Tired legs and injury have forced Indonesia’s Jonatan Christie (pic) to join a growing list of retirements that has marred the Denmark Open this year.

Jonatan raised the white flag after losing the opening game 13-21 and trailing 0-15 in the second game against Kento Momota of Japan in the men’s singles quarter-finals in Odense on Friday. 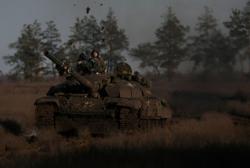 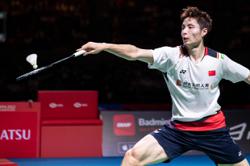 At least survive the group stage in Bangkok, says Rexy
BAM-indies joint training only after Rosman takes over
Ewe Hock: Zii Jia needs to get new coach soon to progress
No easy task for Jin Wei in Wales
Golden opportunity for Tze Yong to end year with title
Zii Jia and coach Indra go their separate ways
Norza calls on local shuttlers to shine in M’sian Open
Timely Finals incentive for Pearly-Thinaah
Shake-up for Misbun’s juniors
Split up so that more mixed pairs can spread their wings