The high-flying Malaysians will take on 2018 world champions Junhui-Yuchen in the Olympics men's doubles semi-finals on Friday at the Musashino Forest Sports Plaza in Tokyo.

While the Malaysians gave a solid show to beat world No. 1 Kevin Sanjaya-Marcus Fernaldi of Indonesia for the first time in eight attempts on Thursday, the third seeds Chinese pair had to battle hard to reach the semi-finals.

The Chinese pair have a better record against the Malaysians, having won all their five previous meetings against Aaron-Wooi Yik.

Junhui-Yuchen are pumped for the semi-finals as they have been tasked to defend the gold medal won by compatriots Zhang Nan-Fu Haifeng in 2016 Rio Olympics. 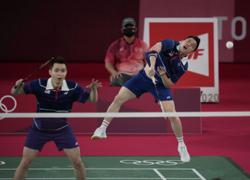