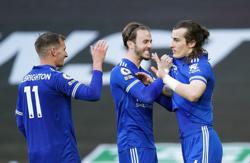 Not worth the risk: Soniia Cheah will not be going to the Indian Open.

PETALING JAYA: It’s better to be safe than sorry.

With that playing in the back of her mind, independent shuttler Soniia Cheah has decided to join a host of top players in pulling out from next month’s Indian Open due to Covid-19 concerns.

Covid-19 situation in the the world’s second most populous country has showed no signs of slowing down, with another 261,500 new cases reported and New Delhi, the host city of the May 11-16 tournament, itself accounted for around 25,000 cases in total.

“It (Covid-19 situation in India) is a little bit out of control now, ” said Soniia, whose name was one of the six taken out from the women’s singles main draw in the updated tournament entry list last Friday.

World No. 4 Carolina Marin of Spain and No. 6 Ratchanok Intanon of Thailand were the two biggest names to have withdrawn from the women’s singles competition.

The tournament has also lost its star power in the men’s singles contest with the withdrawal of world No. 3 Anders Antonsen.

As a result, world No. 8 Lee Zii Jia will now be seeded third behind Kento Momota of Japan and Viktor Axelsen of Denmark. It’s not sure whether more players will withdraw from the tournament or the hosts themselves will carry on with their plan to organise the event. Men’s world No. 3 Anders Antonsen has also pulled out over the spike in Covid cases in India.

The final list of participants are set to be confirmed today before the draw is made tomorrow.

“I had weighed the pros and cons and I decided to pull out from the India tourney. I will focus on preparing for the Malaysia and Singapore Opens instead, ” said Soniia.

The Indian Open is one of the few remaining Olympics qualifiers but it isn’t going to have an impact on Soniia’s chances to make the top-38 cut for Tokyo Games.

Soniia is on course to qualify as she’s currently ranked 18th in the Race to Tokyo standings and the top qualifier from Malaysia.

Asked if her secure position for the Olympics had made it easier for her to make a decision, Soniia responded: “I wouldn’t say it was easy. It’s just that my main concern and priority is still my health and well being.”

The 27-year-old Soniia said she would switch her attention to the Malaysian Open from May 26-30, with an aim to win her first match of the year.

The world No. 33 has lost in the first round of all the four tournaments she took part this year, including the Swiss Open and All-England which she played as a professional.

“Nobody wishes to lose, every player will always want to win once they step onto the court including me, ” said Soniia

“For sure losing doesn’t make you feel good. But this is not the time for me to look backward, of course I’m upset about my poor form, but being upset isn’t going to help me.”

Soniia is also aware that she has been the subject of criticism by the fans of late.

“I know how people view me out there but I know exactly what I’m doing and I’m really doing my best. My passion to play for the country never fades despite all the negativity.”