PETALING JAYA: One is eyeing for a revenge. The other is hoping to show their win was not a fluke.

Expect today’s all-Malaysian quarter-final match between Aaron Chia-Soh Wooi Yik and Goh V Shem-Tan Wee Kiong to go down to the wire in the Toyota Thailand Open at the Impact Arena in Bangkok. 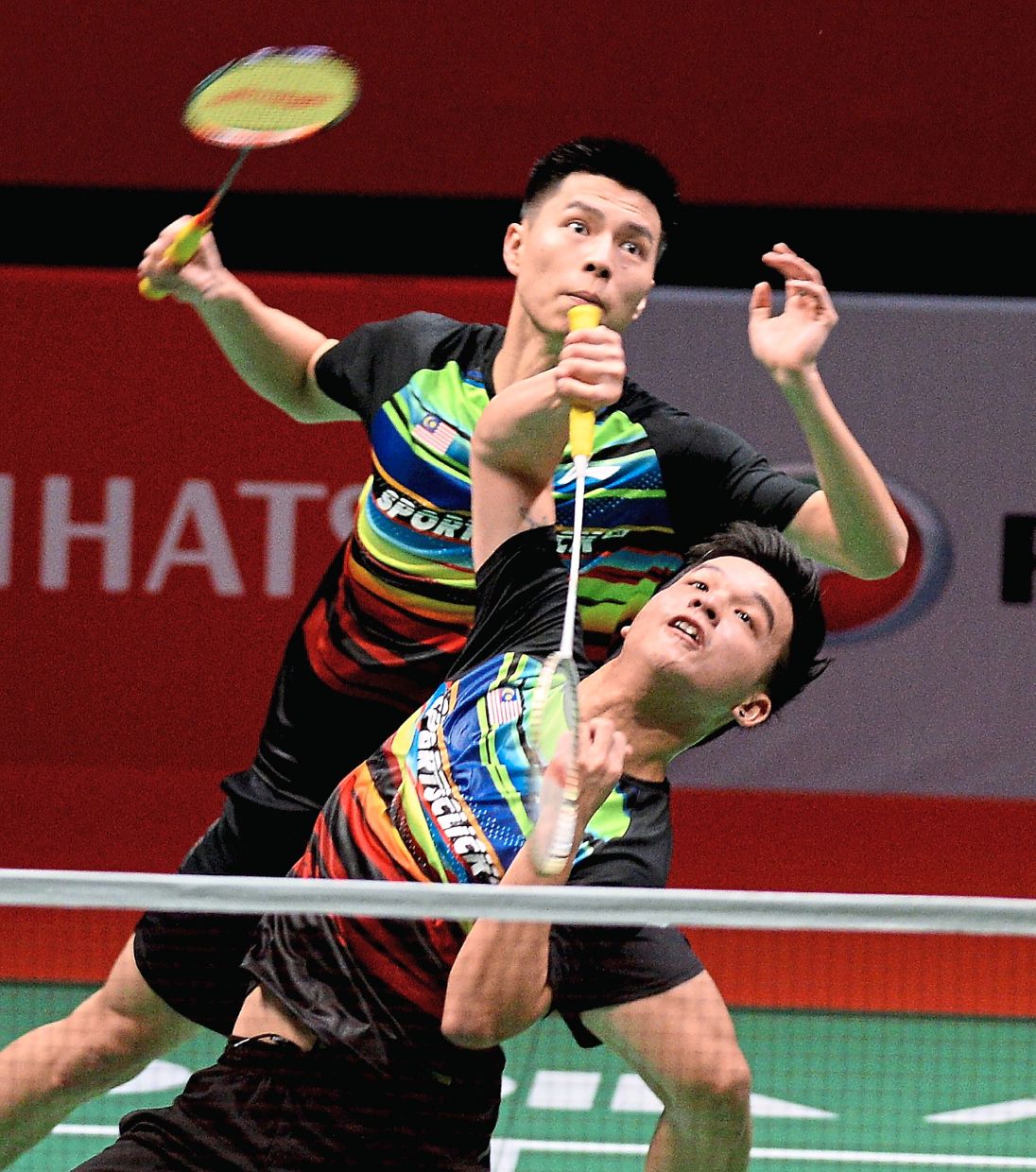 Also through: Ong Yew Sin (back) and Teo Ee Yi will play India’s Satwiksairaj Rankireddy-Chirag Shetty in the quarter-finals today.

Just a week ago, V Shem-Wee Kiong, the 2016 Rio Olympic Games silver medallists showed their superiority by outclassing Aaron-Wooi Yik in the first round at the first Open in Thailand en route to reaching their first final in five years.

Yesterday, the Malaysian foursome set up another showdown after winning their respective second-round matches in three games.

National No. 1 Aaron-Wooi Yik blew hot and cold in their 21-12,6-21,21-12 win over world junior champions Leo Rolly-Daniel Marthin of Indonesia in a 38-minute match.

It was the duo’s first meeting in an international tournament but the Indonesian youngsters showed they were no pushovers as they made life difficult for the Malaysians before bowing out.

V Shem-Wee Kiong were also made to sweat for their 21-15,16-21,21-15 win over Thailand’s Supak Jomkoh-Kittinupong Kedren in a match that lasted 51 minutes.

Wooi Yik was pleased that they came through against the promising Indonesians.

“Our game plan worked well at the start as we didn’t give them chances to slam down winners at the front court but we made the mistake of playing to their rhythm in the second, ” said Wooi Yik.

“They played more aggressively after that but I think we won because we handled ourselves well in the third game. We piled the pressure on them by attacking more... and it worked.

“I’m glad we have another chance to play against our seniors. It will be tough because they know our game style. The shuttle is slower here and it suits their style.

“We just have to have more patience and add more variety in our game.”

Aaron said the key was to play with confidence.

“I’m glad we came through a tricky match against the Indonesians. The focus against V Shem-Wee Kiong is to raise the level of our performance.

“We want to perform better than last week. What was missing last week in our defeat was lack of confidence.”

National doubles head coach Flandi Limpele said he had not seen the best in his players yet.

“They won against the Indonesians but I’ve not seen their full potential yet. Maybe, they are still trying to adapt, ” said Flandi.

“But their performance is better than last week. Hopefully, they will be more lethal tomorrow (today) and stay consistent and calm. They have to be confident of themselves and fight for every point, ” he added.

It was certainly a good day for Malaysia in the men’s doubles yesterday as Aaron-Wooi Yik and V Shem-Wee Kiong will be joined by Teo Ee Yi-Ong Yew Sin.