PETALING JAYA: It has been nine years since Liew Daren tasted his first and last victory against Viktor Axelsen of Denmark.

The 33-year-old Daren will be playing against Axelsen again when they clash in the men’s singles quarter-finals of the Toyota Thailand Open today but it will be a tall order for the Malaysian to upset the top-form European giant.

Daren knows it too and is bracing himself for a tough match at the Impact Arena in Bangkok.

The independent shuttler has set up a meeting against Axelsen after pulling off a 21-17,21-18 win over H. S. Prannoy of India in the second round yesterday.

The Indian was a spent force but it was understandable as he had come through a sensational 18-21,21-16,23-21 win over 2018 Asian Games champion Jonatan Christie of Indonesia a day earlier. 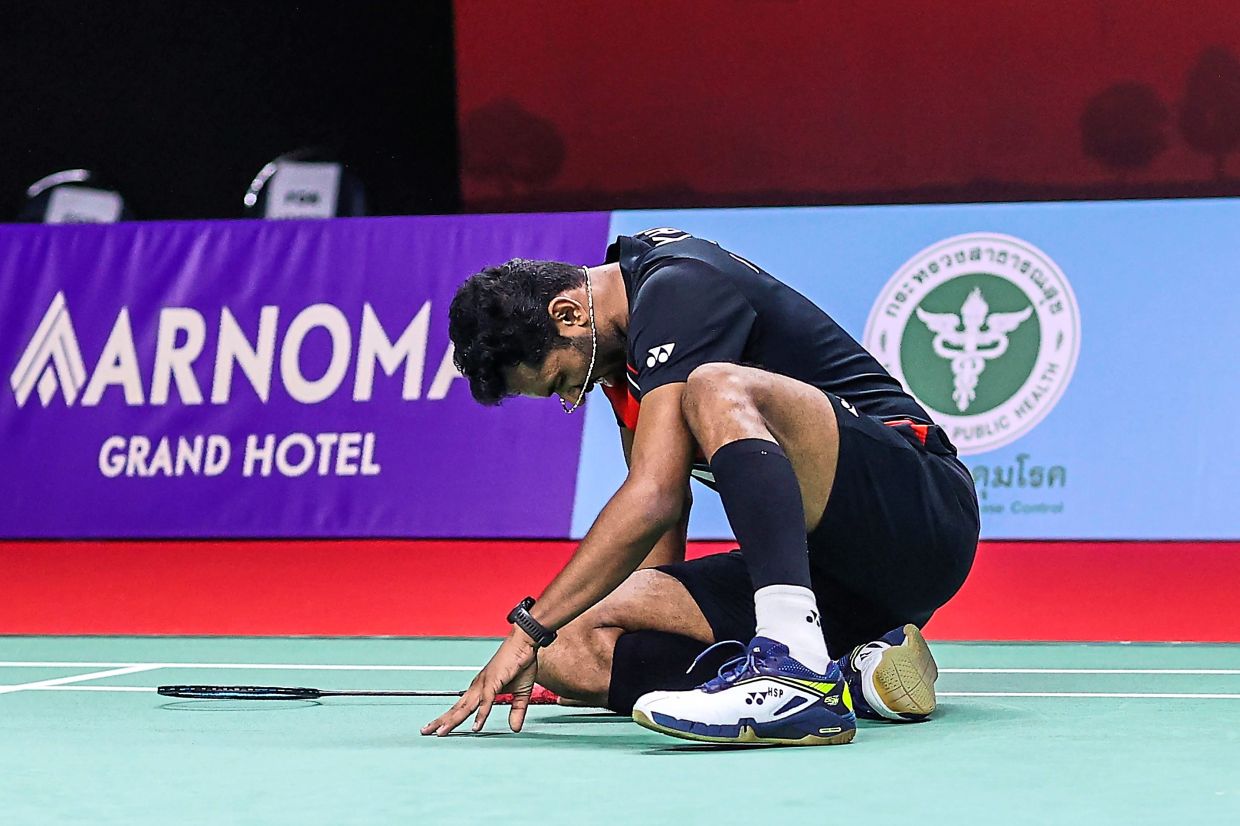 Out of gas: India’s H.S. Prannoy reacting after beating Indonesia’s Jonatan Christie in the first round of the Toyota Thailand Open. However, he lost to Malaysia’s Liew Daren in the second round yesterday. — AFP

Daren said many things had changed since he beat Axelsen in the final of the 2012 French Open.

“I’ve grown older and he has grown stronger and stronger. His form is awesome here, ” said Daren.

Daren has lost all his matches against the Dane since 2012 with his latest defeat at the semi-final of the Barcelona Masters in 2019.

“I’m much calmer now since our last meeting in 2012. I’m steadier in the way I play too.

“Still, it will be tough to beat Viktor, ” he said.

The world No. 41 Daren, however, is pleased with the manner he beat Prannoy.

Axelsen is not the only Dane in the last eight as he will have the company of his teammates Anders Antonsen and Hans-Kristian Vittinghus.

The other quarter-final match will be an all-Taiwanese affair with second seed Chou Tien-chen taking on Wang Tzu-wei.