PETALING JAYA: Aaron Tai and Yew Chun Cher are one of four left-handed players in the national junior squad aiming to make it right in their badminton careers.

Aaron and Chun Cher are both 14 and from Melaka.

Their other teammates who are also lefties from the same batch are Lok Hong Quan and Mohd Faiq Haziq Masawi.

It’s rare to find one or two left-handed players in a squad and to have four out of six in one batch is special.

The small-sized Aaron hopes to make a big impact, like his left-handed idol Kento Momota of Japan, but he knows he has to work hard at it.

“People tell me it’s unique but what’s more important is to play well, ” said Aaron, who joined Badminton Academy Malaysia (ABM) two years ago and is training under Alvin Chiew.

Aaron and Chun Cher showed they may have a shot in badminton when they emerged as the boys’ Under-12 champions in the National Schools (MSSM) in 2018.

And what made them a class above their peers was that they were unbeaten in all other junior tournaments that year. Chun Cher was also undefeated in the singles event that year.

Chun Cher said he adored one of the most successful left-handed stars – Lin Dan of China.

“I’m told that players like me have an advantage – they’re more tricky with their shots, maybe. I’m more of an attacking player though, ” he said.

“It’s good to have a mix of left and right-handed players in our team, but we still have a long way to go, we’ll work hard to be better, ” he added. 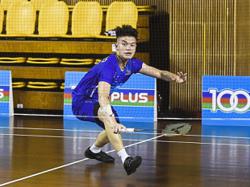 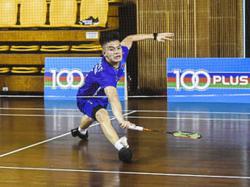