PETALING JAYA: Promising shuttler K. Letshanaa (pic) is giving herself until the end of next year to be on par with the seniors.

The 17-year-old believes she is trending in the right direction despite her results suggesting otherwise as there is still a wide gulf between her and senior teammates in the women’s singles department.

Letshanaa has been part of all the four internal meets since August including last week’s BAM Mixed Team Championship where she played a total of seven matches against three seniors – Soniia Cheah, Lee Ying Ying and Eoon Qi Xuan.

She lost all of them in straight games.

“There’s certainly some catching up to do, but I don’t think I’m too far behind, ” said Letshanaa, who first gained prominence when she was crowned the national Under-18 champion in 2017 when she was just 14.

She is convinced that her game has gone from strength to strength since joining the national set-up this year.

Regarded as an exceptional talent, Letshanaa was granted a special privilege by the Badminton Association of Malaysia to train with the seniors in a bid to fast-track her transition to elite level without having to stay at the Academy Badminton Malaysia.

The Sijil Pelajaran Malaysia student does not train full time as she goes to school in the morning and still lives with her parents.

“I’m now a stronger player than I was previously. I managed to overcome some my weaknesses and my game has improved, ” said the Selangor shuttler, who previously trained under former international K. Yogendran.

“I will get better when I start training full time after my SPM (next February). In a year, I’m confident I’ll match my seniors.”

“I expect myself to reach the semis or final in these two major junior events and by 2022, I want to go for the satelite-level titles.

“Let’s not set the expectation too high just yet on Letshanaa, she’s a work in progress, ” said Indra.

“I can see her commitment and determination in training... that counts. She is under our long-term plan and we will help to fulfil her potential.” 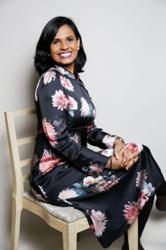