PETALING JAYA: The Badminton Association of Malaysia (BAM) are confident next year’s Malaysian Open will remain as part of the Olympic qualifiers.

The Open (April 6-11) is one of six main Race to Tokyo events alongside the German Open (March 9-14), Swiss Open (March 23-28), Indian Open (March 30-April 4), Singapore Open (April 13-18) and the Asian Badminton Championships (end of April) to be held before the extended qualifying period ends on May 2.

These tournaments were not held due to the Covid-19 pandemic, but the World Badminton Federation (BWF) announced in May that they would remain as an Olympic qualifier next year.

However, claims have emerged from the Hong Kong national team that Singapore has been given the nod to host three Olympic qualifying Opens under a bubble system for the Tokyo Games in March 2021.

Should that happen, then the Malaysian Open status as one of the qualifiers could be in doubt.

“We were told the world body will resume the qualification event in March with three open tournaments that will take place in Singapore, ” said Hong Kong head coach Tim He Yiming in an interview with the South China Morning Post.

“This is possibly done for safety reasons to minimise air travel for the players.”

BAM secretary Datuk Kenny Goh said he was not aware of any changes.

“I’m not sure where they got the info from, but I have been in touch with Thomas Lund (BWF secretary-general), he has not mentioned anything about it, ” said Kenny.

“In fact, the BWF just had their council meeting recently and there was no decision made pertaining to the Olympic qualification.

“It’s still too early to predict what’s going to happen next year because most countries are still dealing with rising cases and have different border restrictions imposed.

“But the bubble system is surely the way to go and I foresee more tournaments to be hosted back-to-back in one country.

“As for BAM, we’re exploring the possibility of forming the Malaysian Masters and Malaysian Open as a two-tournament bubble with the latter to remain an Olympic qualifier.”

The Malaysian Masters was supposed to take place from Jan 19-24 next year but has since been postponed to pave way for the closing stretch of this year’s World Tour in Bangkok. 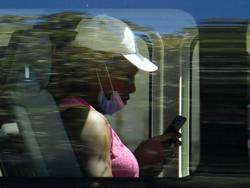