PETALING JAYA: It’s never too late to chase one’s dream, even if it seems impossible.

Ask Chan Wan Seong. The man is a living testament of the aged old cry of nothing being impossible. 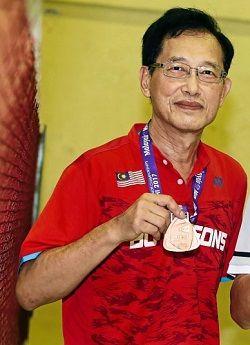 The 66-year-old started out as a poverty-stricken infant left in a welfare home but went on to graduate with an economics degree, become executive vice-president of the Ambank Group and now sits on the board in a furniture company.

What’s more, even at an advanced age, he went back to an early love – badminton. Not only did he pick up the racquet again, he went on to become a world senior badminton bronze medallist – twice! People like him never stop excelling.

His is a real rags-to-riches story.

“Who would have thought a child from a welfare home would have made this far?, ” said Wan Seong.

“My father was a roadside petty hawker and when he died in 1955, my expectant mother (Law Swee Kam) and her five children were left destitute.

“I was just 16 months old then. A Chinese newspaper was kind enough to publish our family’s plight, appealing for donations for the funeral expenses and for temporary support, ” said Wan Seong, who still has the old newspaper clipping.

Unable to cope, his mother was eventually forced to leave him, his eldest brother and a sister at the Kampar Children’s Welfare Home, about 40km from their hometown of Ipoh. His eldest sister had to quit school at 13 to work as a stay-in housemaid.

“I can still vaguely remember pining and waiting for my mother’s monthly visits at a time when public transport to Kampar was scarce, ” said Wan Seong.

Six years later, his mother finally took him out of the welfare home and they moved in to a low-cost flat in Ipoh. He was almost eight and had completed his Standard One.

“Behind the flats, there was an outdoor court and it was here that I started to play the game with other children, barefooted and with a part-wooden racquet, ” he said.

He was a natural at the sport. At 12, he played at first singles as his school emerged as the runners-up in the Perak Schools State Under-12 tournament. At 18 in 1973, he swept both the singles and doubles titles in the Perak Under-20 meet.

“The hardest time was from Form One to Form 6 as I had to shuttle between badminton and studies due to my family’s financial difficulties. With hard work, self-discipline and great determination, I excelled in both, ” he said.

Wan Seong is indebted to Yee Khan and his schoolteacher Sam Chong for helping him get into Universiti Malaya where he did his degree in economics, majoring in business administration.

“I can never forget the good deeds of my coach Yee Khan. I was the only player in the state team to make it to the university, it was hard to get a place because of the quota system then. He knew my financial predicament and brought me to see a business tycoon, ” he said.

“I did not get it but I appreciated Yee Khan’s gesture. He is known as a tough coach but has a good heart.

“Through my teacher’s assistance, I managed to get a foreign club to support my first year university studies, ” added Wan Seong, who received funding from Colgate-Palmolive.

“I would not have gotten the Colgate-Palmolive funding if not for my involvement in badminton.

“I strongly believe that my perseverance and badminton exploits were the decisive factors in projecting me as an all-rounder. I received RM3,000 to cover my second and third year, and I was even able to give some surplus to my mum.” 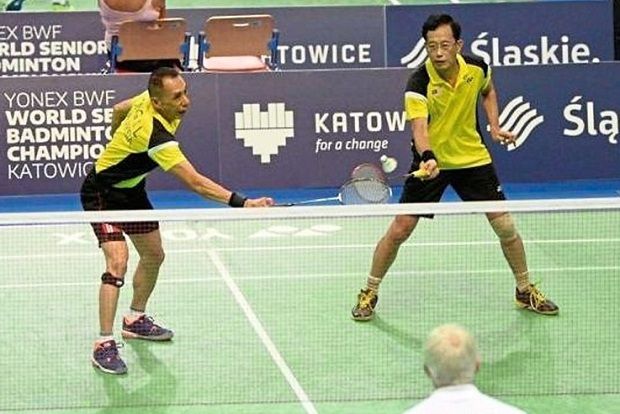 The seniors still rock: Ong Then Lin (left) returning a shot to the opponent while Wan Seong looks on.

With education as the only way out of the poverty trap, he had to stop playing badminton. But Wan Seong loved the game, so he never gave up the sport.

Even as he rose up the corporate ladder, he took up social badminton again but it was in 2006 that he decided to test himself in an international tournament and did well to win silver in the 50-54 category of the World Chinese meet. In 2015, he became the champion in the 60-64 category.

And the jewel on his crown was winning bronze medals at the 2015 and 2017 BWF World Senior championships.

“My family started out with nothing. Badminton was an outlet for me to excel and it has helped finance my education through the scholarships. It has inculcated self-discipline and built in me a strong fighting spirit and character to overcome challenges, ” he said.

“My mum, now 98, has also instilled in us the virtues of putting in honest effort and hard work. We are thankful that we have made her feel that her struggles and sacrifices have not been in vain.

“Although one can be humbly proud of one’s achievements, one must avoid the ‘pride trap’ and never ever forget one’s roots.”

Looking back at his life, Wan Seong feels blessed and thanks God for everything. Now, he hopes to encourage youngsters, especially the underprivileged, to reach for the stars. 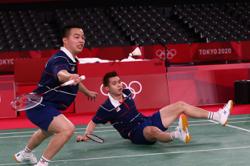