Chong Wei, a man denied by error in era

PETALING JAYA: Lee Chong Wei may have been retired for more than nine months now, but the Malaysian legend has indeed left a lasting legacy.

Denmark’s former chief coach turned commentator Steen Pedersen is one person who still has fond memories of the badminton star.

Pedersen feels the 37-year-old should have gone out in a blaze of glory, winning the world title and the Olympic gold medal. Sadly, Chong Wei’s rise coincided with that of China’s Lin Dan.

If not for his Chinese nemesis, Pedersen had no doubts that Chong Wei could have conquered everything.

In a recent interview with a renowned badminton website badtalk.com, Pedersen couldn’t help but mention that Chong Wei was one of the players who had fascinated him from the commentator’s box.

“I love to see Chong Wei, because of his playing styles, ” said Pedersen, who is a familiar voice alongside Gillian Clark in the live telecast of World Tour events.

“I also love to see Lin Dan but Lin Dan is the more efficient guy.

“And their rivalry, it’s easy to feel for the player at the losing end of the rivalry, which Chong Wei often was.

“He was a fantastic player, had he been present in any other era than the one with Lin Dan, he would’ve been Olympic champion, world champion and etc, because he is so strong.

“But it’s also nice if there are great rivalries.”

Lin Dan had won 28 out of the 40 encounters against Chong Wei, accounting for the latter’s four major misses at the Olympics and World Championships.

Not only did Lin Dan pip Chong Wei to the Olympic gold in Beijing 2008 and London 2012, he also broke the latter’s heart in the world meet finals in London 2011 and Guangzhou 2013.

Pedersen also explained on how his commentary role allowed him to watch badminton from a different perspective, which he described as more joyful than during his time as a coach.

“There is a big difference, there is also a difference between watching as a coach than as an individual, ” he said.

“You can enjoy the game more, you don’t have to really notice too much of what’s going on.

“As a commentator, we have to think about what could be interesting for the viewers, how can we add value to the viewing experience.” 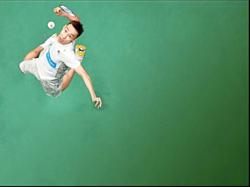 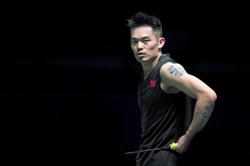