Norliyana eyes gold and record – but needs a helping hand

Aiming for gold: Norliyana needs a coach to help her to meet her target in Hanoi.

KUALA LUMPUR: Heptathlete Norliyana Kamaruddin set a new national record in the 2017 Kuala Lumpur SEA Games and bagged the silver medal in the last SEA Games. And she is hoping to go one better at the next Games in Hanoi – but there is a hitch.

The Negri Sembilan athlete has had no coach since January last year.

“I have been training without a coach for the last 19 months but I still managed a silver in the Philippines, ” said Norliyana, who will turn 30 next year.

She knows Hanoi is likely to be her last SEA Games. “I doubt that I will be around in 2022. My mission is to end my last SEA Games with a bang and to do that I want a coach who can help me.

“I made a request to the National Sports Council (NSC) for a coach last year but they could not provide me one. I will make another request to the NSC this month. I need a coach who can help me break my national record again and win gold in the Games, ” said Norliyana.

Uzbek coach Rifat Artikov helped Norliyana break the national record with 5247 points in the KL SEA Games where she finished fourth. Artikov is no more the national coach and is now coaching the Penang athletes.

Norliyana, who has a degree in mass communication from Universiti Putra Malaysia, said she still gets Artikov’s help by going to Penang or through video calls.

“He has been very helpful. I am also assisted by national high jump coach Alexandr (Gasparyan) in training.

“I am also good in high jump and I have a personal best of 1.82m. I hope to feature in the high jump event in the SEA Games next year, ” said Norliyana, won the high jump silver with a 1.82m effort at the Perak All-Comers in Ipoh in February, two months after taking heptathlon silver with 4096 points in the Philippines. 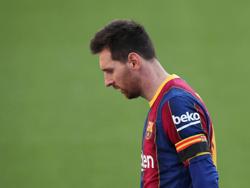