Irfan: ‘I needed a coach fast to prepare for the competitions this year, so I chose coach Imrich because he is experienced.’

KUALA LUMPUR: National discus thrower Muhd Irfan Sham­sud­din is remorseful over his outbursts on Instagram but insisted that he has been truthful.

Yesterday, he apologised to Youth and Sports Minister Syed Saddiq Syed Abdul Rahman and the National Sports Council (NSC) for venting his frustration on the current four-tier national training programme in his Instagram post.

He was upset with the minister and NSC for ending the contract of his coach Frantisek Petrovic of Slovakia and for slashing his allowance by half.

Shapawi said Irfan was the one who asked the NSC to terminate the contract of his coach.

“I’m sorry for my reaction on my Instagram but I only expressed what transpired and I did not accuse NSC,” said Irfan.

“I’m baffled with NSC’s statement though. I never told them that I wanted my coach to be changed.”

He said the NSC and Malaysia Athletics Federation (MAF) wanted him to train under national hammer coach Gu Yuan from China but he refused.

Instead, he proposed Imrich Bugar of Czech Republic, who comes with the credentials of winning a silver at the 1980 Moscow Olympics and guided Lithuanian Romas Ubartas to the gold at the 1992 Barcelona Olympics, to be approved as his coach.

“Gu Yuan has no experience in coaching the discus event. I decided to look for a good (discus) coach – one that the NSC can afford,” said Irfan.

“I needed a coach fast to prepare for the competitions this year, so I chose coach Imrich because he is experienced. He even asked for a lower salary than my previous coach.”

In fact, Irfan trained under Bugar during his short stint in Europe in 2017.

“I suggested his name as the new coach because I know the sports better than the management,” said Irfan.

Irfan said he could not fathom the reasons behind NSC’s decision to stop him from coaching under Bugar and train in Europe.

“They questioned about his credentials and the weather (winter),” he said.

“They also said that there are no sports science and medical facilities in the Czech Republic. I’d like to inform them I’m planning to train in Europe and not in Timor Leste,” said Irfan.

Irfan, who was named as the Sportsman of the Year by the Malaysian University Sports Council (Masum) last year, said he opened up on social media as the last resort.

“I had to use the social media platform after failing to get attention through the proper channels. I just want to do the best for my country,” added Irfan. 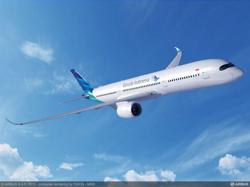