Superb comeback by archer Khairul to reach last 16 in Tokyo In the first round match against Antti Vikstrom of Finland, the 29-year-old Khairul staged a remarkable comeback from 1-5 down to seal a sensational 6-5 win at the Yumenoshima Park Archery Field in Tokyo

Khairul returned shortly to overcome China's Wang Dapeng in almost a similar fashion in the second round.

Khairul is now one win away from matching his previous best quarter-final outing in London 2012.

He will know who he plays against in the last 16 later this evening. Barring any upset, Khairul is expected to face world No. 5 Kim Woo-jin of South Korea. The last 16 knockout will be held on Saturday.
Article type: metered
User Type: anonymous web
User Status:
Campaign ID: 46
Cxense type: free
User access status: 3
Join our Telegram channel to get our Evening Alerts and breaking news highlights 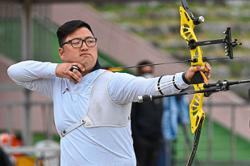 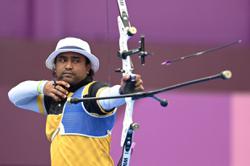