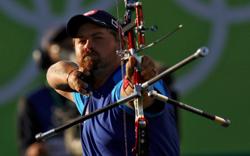 TOKYO (Reuters) - There were no major upsets when the individual rounds of the Tokyo Olympics archery competition got underway on Tuesday after an early delay due to strong winds and rain.

The session was delayed by two and a half hours as a storm off Japan's east coast disrupted some events at the Games despite not battering the host city with devastating winds and rain as initially feared.

South Korean teenager Kim Je Deok, who already has two golds in Tokyo from the mixed and men's team events, advanced with a 6-0 win over Malawi's Areneo David and while the sky was clear when he shot he said it was too soon to relax.

"I can definitely see the typhoon is coming. Wind is blowing in an opposite way from yesterday. That means I have to shoot more aggressively," he told Reuters.

While it is still windy at Tokyo's Yumenoshima Park Archery Field, Canada's Crispin Duenas, who is competing at his fourth Olympics, said the only reason for games being cancelled was lightning.

"We shoot through everything except for lightning and thunder. Because we're on a field holding a big metal piece of equipment, it's very possible to get struck by lightning," Duenas told Reuters.

"We don't normally stop for only wind, rain." 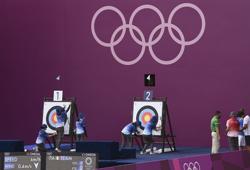