THE transfer window has yet to open for the 2014 Malaysian League season but teams are beginning to make their move for coveted players.

In earlier seasons, transfer rumours weren't as widespread and players who moved didn’t get much publicity. Teams would sign their players and just get on with their business. There were exceptions of course like Azman Adnan's move from KL to Selangor in the 90s and Safee Sali's move to Indonesia, both of which involved a lot of speculation.

In 2011, I recall Perak’s manager Khairul Azwan conducting a press conference announcing the players he wanted to sign for the 2012 season.

He wanted to kickstart a trend but it was the Tengku Mahkota Johor who sparked a frenzy last year when he announced plans to make Johor DT a formidable side. 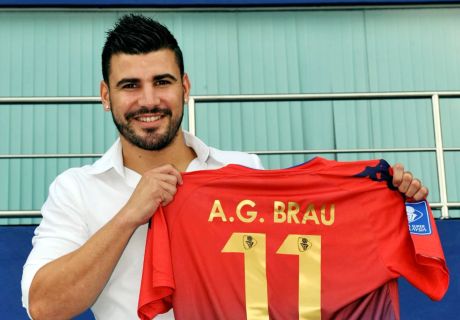 However, players like Guiza and Del Nero has since left while Safiq and Safee failed to live up to expectations. All is not lost though as the club finished third in the Malaysian Super League and is currently in the quarter-finals of the Malaysia Cup.

But that hasn’t stopped Johor DT from signing players. For the 2014 season, Johor DT will be the team to watch.

Other players mooted for a move are Negeri Sembilan’s Nazrin Nawi, Kelantan’s S.Subramaniam and Badri Radzi. Many have earmarked Johor to be the team to watch next season. But, Johor is not the only side signing players - Other clubs are making their moves too!

Whether it’s coaches or players, it’s going to be a different season next year! Many teams are beginning to lookout for players.

Selangor may be affected if players like Amri, Mahali and Asraruddin leave but to replace them, they’ve already set their sights on some talents.

According to sources, B.Sathianathan is touted to be the coach to replace Irfan Bakti, who left the club after their abysmal Malaysia Cup campaign.

If Sathia leaves ATM FA for the Red Giants, he is likely to bring along trusted comrades along like Hairuddin Omar, Christie Jeyaseelan and Farizal Harun.

No doubt, if Sathia joins Selangor, he is able to bring in top talents and rumours have linked talented midfielder Nazmi Faiz Mansor with a move to Selangor though he is tied with Selangor PKNS with a three-year-contract.

Even though his team is embroiled in match fixing allegations, Perak’s coach Azraai Khor Abdullah is on the search for players and on his Facebook page he said,

“We’re planning to get an import striker and playmaker and an Asian defender. Suitable with the 2+1 (Two foreign and one asian) quota ruling for next season.

“As for the local players, we need to get a formidable flanker. I’m like a chef searching for the right ingredients,” adding that he is hopeful that his plans will be accepted by the management. ATM’s Hairuddin Omar (left) might be teaming up with S.Veenod for Selangor next season

After a season mired with disappointments, Negeri Sembilan is set for a major overhaul and some sources are claiming that Lions XII coach V.Sundramoorthy might coach the Canaries.

A cplayer who has got international experience and played with two top clubs in Malaysia said that he was offered big bucks to join Negeri Sembilan but he refused their offer.

“I was offered a good contract and spoke to the FA about it but I don’t intend to play in the Malaysian Premier League next season,” said the player who has won the Super League and Malaysia Cup before.

Negeri Sembilan are also rumoured to eye players like Baddrol Bakhtiar from Kedah and Nasir Basharuddin from Perak. But Negeri should be wary as players like Shahurain Abu Samah and S.Sivanesan are set to leave the club next season.

Penang have been in the doldrums for many years but look set to bounce back after their promotion to the Premier League from FAM League.

The management is planning to bring in Kelantan’s coach Bojan Hodak and together and are also planning to sign Lions XII midfielder Isa Halim to fill their Asian player quota.

The most ridiculous rumour I’ve ever heard so far is Ruud van Nistelrooy joining a Malaysian League club next season. Having retired after featuring for Malaga last season, it’s impossible to see the former Dutch striker coming back to football.

The views expressed are entirely the writer's own