How Small is Small 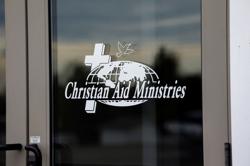 Charles Lamb is arguably one of the most famous English Writers best known for his children’s book, Tales from Shakespeare. He was part of the literacy circle in England, along with William Wordsworth.

Lamb, once described as “The most loveable figure in English Literature” famously said: “My motto is, contented with little, yet wishing for more”. I am sure a motto like that in the 21st century can be easily misconstrued.

The fact is, after providing services for Star Online for the last two years, answering questions about male issue that is too hard to mention. One of the most frequently asked questions by readers is still about penile length and how to enhance the “short-coming” (Don't mind the pun!)

In reality, the obsession with penile length had dated back many generations. Many scientific studies had also been conducted to reveal the truth about the length of this vital male organ. From time to time, the publications of the figures, in various countries had generated tremendous excitement amongst men. The results will assure some, but yet disappointed those who are not contented with “little” and quest for “more”!

Margaret Thatcher once said: “If you set out to be liked, you would be prepare to compromised on anything at anytime, you would achieve nothing.”

The question is: When it comes to the penile length: can you set out to be liked, not prepared to compromise and quest for the extra inch or two and achieve everything. Is that even possible?

On that note, lets look into the see whether the impossible can be possible?

Dear Dr. G,
I am 24 years old and often feel very ashamed about myself.
Since I am younger in college, I often compared the size of my manhood with other guys. I really think I suffer from micro-penis.
Somehow, I think the length of my penis just never achieved proper length half way through the puberty.
The reality is, I feel shy to engage in relationship because I think the girls are going laugh at me. This has a very negative impact on my self-confidence.
I am often tempted to engage with the spam mails I received to undergo treatment for penile enhancement.
Can you please tell me what is the average size of the penis? Is this variable between countries?
Exactly how small is small?
What are the treatments available for enlarging penises? Is it true all the treatment options for the penile enhancement are harmful?
Shall I go for any treatment at all?
TJ

There is no man in the world that is not lured to the prospect of a larger manhood. Hence, many scientific researches had been done to answer the important questions of what is considered normal, when it comes to the size of the male sexual organ.

Recent publication from the BJUI (British Journal of Urology International) had analyzed the data assembled from more than 15,000 participants from various countries. The British researchers had come to the conclusion that the average size is 13.12 cm (5.16 inches) in length when erect, and 9.16cm (3.6 inches) in the flaccid state. The participants were collated from men aged 17 to 91, from previously published studies in Europe, Asia, Africa and USA.

Contrary to common beliefs, the study actually demonstrated no evidence of size differences linked to race. However, most of the studies were conducted in Europe and Middle East, hence the full comparison were impossible. There were definitely no correlation between foot sizes and penile length! (Shame there were no data on the inverse correlation with the size of the cars)

Apparently, the figures are reassuring for many men, who themselves had previously thought to be compromised. The study even formulated a graph that is devised to help doctors to counsel men with “small penis anxiety” or “penis envy”. Such obsession can also be considered body dysmorphic disorder, which can be debilitating for sufferers that may lead to depression or even suicide.

It’s true that some guys genuinely have micropenis. In fact, 2.28% of the participants in this study had erect penis of less than 3 inches. Such shortcoming can be due to genetic or hormonal deficiencies.

For centuries, dubious penile enlargement lotion and potions had been luring men to quest for this Holy Grail. In recent years, brutal exercises with torturing devices and surgical interventions had also been advocated to reverse the compromise.

The vacuum pump is a cylindrical device that attracts more blood into the erectile tissues, and a ring placed in the base of the penis maintains the penile length. There is no evidence of such intervention enhancing the penile length in long term. Other methods such as the stretching the penis with a weight, eight hours a day for six months may enhance the length by a mere half an inch, if one is lucky not to tear the penile tissues or result in ischemia.

None of the pills, supplements, ointments and topical cream had stood the scrutiny of scientific research. Needless to say, tens of thousand of men are still gullible or naïve enough to try. 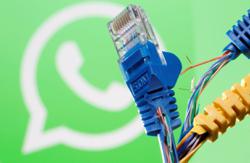