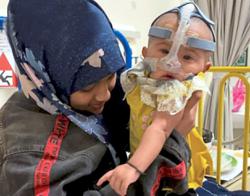 DONATING your organs, whether by pledging them for use after your death or donating them while you’re alive, is a most noble deed. Doing so often means you are literally saving the organ recipient’s life!

The sad truth is that the vast majority of patients on the transplant list die while waiting to get a new organ. The main reason for this is the insufficient number of donors pledging their organs. Simply put, the demand for donated organs far outstrips the supply.

From 1997 to April this year, there have been a total of 2,641 solid organ transplants performed in Malaysia. Solid organs are those that have a firm tissue consistency and are not hollow, for example stomach and intestines, or fluid (e.g. blood).

The vast majority were kidney transplants, of which 2,403 procedures were done in the past 25 years. The other transplants involved the liver (198), and the cardiothoracic (heart and lung) system (40).

Most of these organs were donated by living donors (1,752 for kidney and 92 for liver). The remaining organs were from deceased donors, who numbered 767.

Like all other areas of healthcare, organ transplants in our country have been heavily impacted by the Covid-19 pandemic. Not only were living donor transplantations halted for a period of time due to the fear of transmitting the SARS-CoV-2 virus to the parties involved, but the number of deceased organ donors also dropped dramatically.

Fortunately for those on the organ transplant waiting list, the number of transplants for this year has already surpassed last year’s total.

Most of the donors were living, with 41 donors giving their kidney and one donating part of their liver. The remaining 12 donors were deceased.

However, there are still over 10,455 patients on the organ transplant waiting list in Malaysia as of April 2022, representing a great need for more donors to step forward.

As noted above, there are two types of organ donors – living and deceased. In Malaysia, healthy adults can donate one of their kidneys or one lobe of their liver to their spouse or first or second degree relative.

In rare cases, a person may donate to a more distantly-related relative or a non-family member. However, this is subject to evaluation and approval by an independent committee appointed by the Health Ministry.

Children, mentally and/or physically unwell adults, and prisoners are not allowed to become living donors, with the only exception being if a prisoner wishes to donate to a close relative who is in a life-threatening situation due to organ failure.

Deceased donors are those who had pledged to donate their organs while they were still alive. These donors would usually have experienced brain death, but the rest of their body is still functional or kept going via artificial means, in order to harvest their organs for transplants.

Such donors can give multiple recipients a renewed lease on life as they can potentially donate many organs, e.g. their heart, lungs, liver, pancreas, intestines and kidneys, among others.

As mentioned earlier, most deceased, or cadaveric, donors in Malaysia pass away due to road traffic crashes. Therefore, their ability to donate their organs is also dependent on the condition of their body at the time of brain death. Only organs that are intact and still functioning well will be transplanted into a recipient.

Around 50% to 60% of those who pledge their organs are in the 18-to-40-years age group. This is likely due to increased awareness and acceptance towards organ donation among this group.

Unfortunately, there are still some myths people tend to believe about organ donation. One of the most common myths is that the procedure will cause mutilation to the deceased's body. Another is that allowing the harvesting of organs from a brain dead donor will delay the burial rituals.

However, the medical team that performs the removal of organs from a brain dead donor always does so in a very respectful manner, ensuring that there is no mutilation of the body. The procedure is also performed in a timely manner, so that the donor’s family will be able to take and prepare their loved one’s body for burial within the appropriate amount of time.

The impact an organ donation has is priceless. Besides giving a patient a new lease on quality life, it will also have a positive impact on the recipient’s family and friends, as they will get to be with their loved one for a longer period of time.

Similarly, a deceased organ donor’s family will also be able to feel some level of comfort that their loved one has been able to give life to others as their final charitable act on this earth.

While living donors are strictly forbidden from receiving any reward or compensation for their organ donation, whether in the direct form of cash or other inducements such as property, cars, shares or career advancement, they do receive certain benefits from the Health Ministry.

These include first class treatment in government hospitals as well as free medical follow-ups related to their organ donation.

The organ donation procedure itself is, of course, also free for the donor. Civil servants are also allowed to take up to 42 days of unrecorded leave during their recovery period.

As a society, it is vital that we make the culture of organ donation a norm in our communities. Choosing to be an organ donor can be among the most meaningful acts of your life. It costs you nothing to sign up to donate your organs, so do go ahead.

Equally important, do let your family know that you wish to donate your organs after death, as their permission is also necessary for the medical team to harvest your organs. 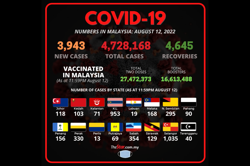 Missing security from SOP
Emergency lane is there for a purpose
Shareholders call for resolution to FGV privatisation
Keeping the flu at bay
LCS issue: Pakatan’s latest drama to win support?
Fighting the ‘mat rempit’ menace: Amendment to Road Transport Act for the benefit of all
Performance in Birmingham should have been better
Longer wait to close CPF account
Bill fits way of life in Islam
Bowled over by landmark court decision