When Lee decided to quit politics in 1990, the four-term Bukit Bintang Member of Parliament never made known his differences with his political party or condemned its policies as most politicians leaving a party do. Instead, he continued to soldier on, serving the people and the nation – something that he says is a noble calling. 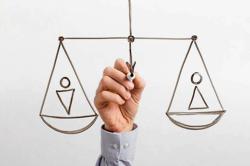 Bowled over by landmark court decision
Banking on states to comply
Construct lay-bys on expressways
In praise of Tze Yong’s splendid run
Politics of development
High time to ratify the CPTPP
It's discrimination and double standards when women are denied right to confer citizenship on their children
Once again, humanity is playing with a loaded gun
A quiet victory for forest sustainability in Peninsular Malaysia
How to amend the Malaysian Constitution to secure citizenship for foreign-born children