Easing the distrust of unions

THE Labour Law Reform Coalition (LLRC) notes the discontent and anxiety among some trade unions over the government’s intention to implement freedom of association at workplaces, particularly in allowing more than one union at workplaces.

The Trade Union Bill 2022 will be tabled for its second reading in Parliament next month. The proposed deletion of section 12(2), if passed, will remove the director- general’s power to refuse registering a trade union if there is in existence a trade union and he/she is satisfied that it is not in the interest of the workers.

In a nutshell, if this amendment is implemented, workers at any workplace can freely establish and join trade unions of their choice, which is a key principle of the International Labour Organi-sation’s (ILO) Convention 87 on the freedom of association and protection of the right to organise.

Historically, the Malaysian Trades Union Congress (MTUC) first called on the government to ratify ILO Convention 87 in 1971 and campaigned relentlessly for the implementation of freedom of association. LLRC’s symposium on freedom of association in Septem-ber 2019 also passed a resolution to call for the ratification of Conven-tion 87.

The International Trade Union Confederation, of which the MTUC is an affiliate, has also been consistently urging the Malaysian government to ratify Convention 87. Article 10(1)(c) of the Federal Constitution of Malaysia also guarantees every citizen the right to form associations.

The current Trade Union Act 1959 severely restricts workers’ right to join unions of their choice. This has resulted in extremely low unionisation and collective bargaining coverage in Malaysia. Less than 2% of workers are covered by collective agreements. The overall proposed amendments actually provide a great opportunity to organise the huge number of unrepresented workers.

However, the restrictive Trade Union Act and the oppression of the labour movement has caused distrust between the unions and the government. Every new move to amend the Trade Union Act is now seen as an attempt to further weaken or destroy trade unions. That’s why many unions see the implementation of the freedom of association as a means of eroding the unity and solidarity of workers.

The LLRC urges the Human Resources Ministry to hold a dialogue with the trade union community before the second reading of Trade Union Bill 2022 to rebuild trust between the unions and the government.

A deliberative democratic process should be adopted to make trade unions’ voices heard by the government.

We sincerely hope that an amicable solution can be reached, and that trade unions will remain united to achieve the progressive future envisioned by far-sighted MTUC leaders in the 1970s.

The Labour Law Reform Coalition is endorsed by 58 worker organisations and trade unions from various sectors. The letter writer is also the general secretary of the National Union of Transport, Equipment and Allied Industry Workers and former secretary-general of the Malaysian Trades Union Congress. 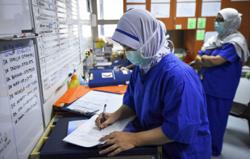 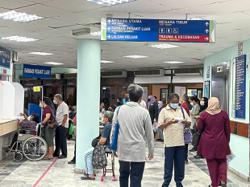 Is Selangor govt safeguarding indigenous groups, environment conservation?
A mix of good and challenging times for MAS
New era of medicine
Case in Kajang should put local authorities on their guard
Clear guidelines needed on use of bow and arrows
Lots to do for MACC before it can be considered independent
Empower BM but do not cast English aside
TAR UC scholarship helps high achiever Tan Tien Tien continue dream of studying
Maintain budget for R&D
Hoping for faster processing of foreign workers