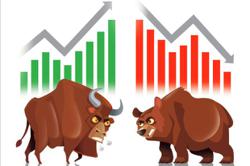 RECENTLY, the Armed Forces Fund Board (LTAT) announced that it aims to assign 30% of its public equity allocation for foreign investments. For an entity that manages close to RM10bil, this is a move in the right direction.

One does not have to look far to understand why. Malaysia’s corporate sector can be notorious for mismanagement.

In fact, our public equity and capital markets are going through much turbulence right now.

By raising the ceiling for foreign equity, LTAT is sending the message that it is prepared to embrace the culture and corporate rigour that is often associated with foreign funds.

While there are exceptions to the rule, foreign funds tend to gravitate towards corporate accountability and good governance.

This stands in stark contrast with some of the local corporate shenanigans that have surfaced of late.

It is no surprise that Malaysians are drawn to the Norwegian government’s pension funds, which reportedly hold on average one percent of the world’s shares.

The secret? It works with reason and facts and does not succumb to political pressure, greed and misguided priorities.

It is managed in a transparent and open manner with a defined set of principles guiding investment strategy.

But in Malaysia, despite widespread unease among fund managers, the powers-that-be are able to make decisions to the detriment of depositors, such as when Permodalan Nasional Bhd’s (PNB) board of directors decided to participate in a fund-raising exercise at Sapura Energy in 2019.

Once held up as a shining example of Malay entrepreneurship for being the world’s second largest integrated oil and gas service provider, the group has suffered greatly since oil prices crashed in 2014.

While PNB’s 40% stake in the company is often cited as the key reason for a bailout, we should not ignore the bad strategic decisions made by the company.

This includes the acquisition of Seadrill’s drilling assets in 2013 which, while it gave Sapura Energy a 55% share of the global tender rig market, severely stretched the company’s finances.

Sapura Energy was a slow burn (and avoidable) crisis waiting to happen. In 2018, shareholders, including the Employees Provident Fund (EPF), voted against the reappointment of all the company’s directors, perhaps in an attempt to force accountability upon those who made strategic mistakes.

But the bid failed and EPF ceased to be a substantial shareholder.

The Attorney-General’s move to drop the charges against Serba Dinamik and its officials under the Capital Markets and Services Act 2007 (CMSA) in favour of a compound of RM3mil is also most regrettable.

How do we promote accountability when bad decisions are tolerated and those engaged in fraudulent practices are given the “get-out-of-jail” card?

Such (in)actions by those in power will simply reinforce a vicious cycle that promotes mediocrity and hinders progress.

Transparency, good governance and rule of law, and building blocks of trust and confidence are severely lacking in corporate Malaysia today. This is partly a legacy issue, but foreign equity can help turn the tide.

For these reasons, kudos to LTAT for looking outwards and taking one step away from our domestic market, the integrity of which appears to be increasingly compromised. 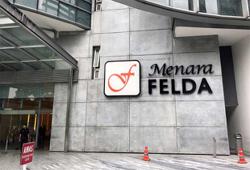