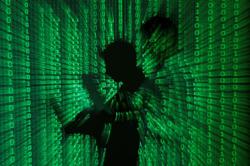 SAHABAT Alam Malaysia (SAM) is extremely concerned that the fire in the Pulau Burung landfill in Penang is still burning underground although the fire on the surface was reportedly extinguished and under control. The toxic fumes engulfing the area has prompted the evacuation of about 400 residents nearby as well as schools (“Pulau Burung landfill fire: 10 schools within 10km of blaze ordered closed for three days”, The Star, Jan 18; bit.ly/star_landfill).

On Jan 14, SAM asked the state and other relevant authorities to investigate and report the cause of the fire. We have learned that the landfill caught fire a number of times last year, and in previous years there were complaints of leachate from the landfill polluting water in the area and also damaging nearby mangrove forests.

The Pulau Burung Sanitary Landfill was intended to be upgraded but we have not seen an improvement in its operations. In fact, it was reported by the media in December 2021 that the Seberang Perai City Council, Penang, had sent a notice to the landfill concession company to start upgrading works and ticked it off for its poor maintenance. The spate of problems surrounding this landfill requires the relevant authorities to conduct a thorough investigation.

Penang is touted to be the state with the highest recycling rates in the country but the many cases of open dumping, mismanaged waste and the performance of the Pulau Burung landfill reflect badly on the state’s management of waste.

We are now concerned that incinerator companies will try to cajole the state government into trying their technologies again.

From pyrolysis to waste-to-energy plants, these technologies have been paraded as the solution to the final disposal of waste. Some are pushing for zero landfills by offering incineration. But in actual fact, incineration also needs landfill space to dispose of bottom ash. Fly ash, which is more toxic, is characterised as hazardous waste and needs to undergo a stabilisation process after which it has to be stored in hazardous waste sites.

SAM cautions against incineration, gasification, pyrolysis and other incinerators in disguise because scientific data has proven that the supposed benefits of these technologies are outweighed by financial, health and environmental risks.

Penang should be a frontrunner in moving towards zero waste using community-based approaches such as waste prevention, plastics reduction, reusing and repairing, and composting of organic waste. Mandatory waste separation in the state must be strictly enforced with enabling infrastructure, a good collection system and safe recycling.

We urge the Penang state government and the councils of Penang Island and Seberang Perai to review the performance of the landfill operator and take appropriate action to prevent any more incidents that risk communities or pollute the environment.