LIFE is unfair. When Tunku Abdul Rahman retired, Kenny Hills was renamed Bukit Tunku and Tunku was given a house at the foot of Bukit Tunku.

When Tun Abdul Razak Hussein passed away, his widow and family were given a house in Jalan Eaton, just off Circular Road, which was renamed Jalan Tun Razak.

When my father, Tun Dr Ismail Abdul Rahman, died, he died as acting prime minister in a house he owned, but my mother had to surrender the government car and received nothing from the Tun Razak government except for a pension my father was entitled to. Several government properties were named after my father but some have been taken away during Mahathir’s premiership, like the Tun Ismail Atomic Research Centre (Pusat Penyelidikan Atom Tun Dr Ismail or “Puspati”), and a memorial budgeted for and supposedly to be implemented by the National Archives has not taken off and many Malaysians as a result have largely forgotten Tun Dr Ismail and the ideals he fought and lived for.

Would it be proper for me as his eldest son to ask for fairness from the government to an entitlement now as passed by Parliament?

If Datuk Seri Najib Razak can request property worth RM100mil, what is my late father’s worth at 1973 values in today’s prices?

If the children of past PMs can inherit lucrative properties gifted to their fathers or the widows of ex-PMs, should I and my siblings be deprived?

What can subsequent governments since Tun Razak’s PMship point to that was given to my family, even as a token, of the nation’s gratitude?

Can I at least ask for seed capital or an asset I could monetise to set up a fund for scholarships in my father’s name, the Tun Dr Ismail Scholarship, which incidentally was Maybank’s proposed tribute to him as a former chairman of Malayan Banking, but never took off?

My conclusion - my late father asked for no reward or recognition for the work he voluntarily and willingly gave his life for, for the nation he loved, and it would not be proper for me to burden the nation with any guilt or regret at not giving material wealth as reward.

But I do ask that his vision and ideals for the nation as recorded in his Hansard speeches and his policy pronouncements be enshrined and imparted as education at schools and universities so we can be a better nation.

Tawfik Ismail is the son of the late Tun Dr Ismail Abdul Rahman, who passed away in 1973 while in office as deputy prime minister of Malaysia 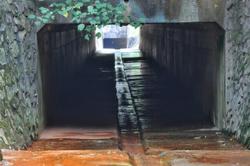 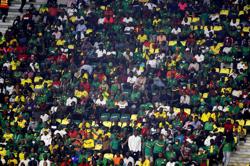