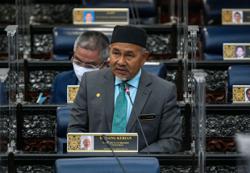 THERE seems to be much ado over a non-issue. Is it about a Malaysian company producing alcoholic beverages? No, because besides Timah, there are many other alcohol brands produced in Malaysia.

Is it because the whisky is called Timah, which is Malay for tin? Is it because the product carries the image of Captain Speedy, a well-known Englishman during the Victorian era who played a big role in Malaysia’s tin mining history?

Or is it because Timah won global accolades last year, but as a Muslim-majority country, we cannot be seen to excel in the alcohol industry?

We have long taken pride in being a multicultural society with people of diverse religious beliefs living side by side in harmony.

The majority of Malaysians have long espoused the values of moderation, with Muslims respecting the way of life of non-Muslims, and vice versa. This is why this controversy is so surprising.

We welcome PAS deputy president Tuan Ibrahim Tuan Man’s position. He clearly spelled it out when he said that whatever the brand name or logo, liquor is still “haram” in Islam, but the right of non-Muslims to drink it has to be taken into account.

This controversy must be ludicrous to him, too, as he pointed out that Timah is “not a Muslim name or even a person’s name”.

We reiterate that this is a non-issue, and the existing laws on trade description and trademarks are sufficient to regulate the matter.

We would also like to call upon all Malaysians, leaders and citizens alike, to uphold the values of moderation and prevent this debate from degenerating into shouting matches of racial and religious bigotry. 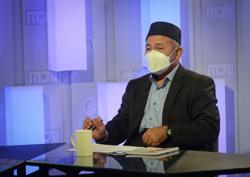