HOW does one put a value on the services provided by nature, such as the oxygen produced by the photosynthesis of plants or the rain that falls into rivers and becomes our source of water?

Last year, Kedah Mentri Besar Muhammad Sanusi Md Nor demanded RM50mil as payment for the raw water supplied to Penang from Sungai Muda. This amount is more than the annual revenue of Kedah from its logging sector. (On its part, Penang refused to pay up, insisting that the water is drawn from the its side of Sungai Muda.)

In an article titled The Economic Value of Ecological Services Provided by Insects (BioScience, 2006), John E. Losey and Mace Vaughan expounded on the four services provided by wild insects, namely dung burial, pest control, pollination and wildlife nutrition. They estimated that insects provided ecological services worth US$57bil (RM237bil at today’s rates) annually to the United States, an amount that would surely justify greater investment in the conservation of these service providers.

Termites, for example, play a vital role in environmental stability by breaking down wood and other cellulose matter into fertiliser. The global value of the services provided by termites exceeds US$200bil (RM834bil) annually, a figure that’s larger than the GDP of many developing countries.

In many Asian cultures, consumption of exotic animals reflects status and wealth. Animal products are commonly used in traditional Chinese medicine and jewellery or ornaments. Given this demand, the farming of wild animals is a lucrative business, often supplemented with illegal trade in wild animals.

The United Nations estimates that global illegal wildlife trade is worth between US$7bil and US$23bil (RM29.2bil and RM96bil) a year, one of the most profitable criminal enterprises.

Ecotourism is one of the fastest growing sectors in the travel industry, with an estimated growth rate of 10%-30%. Its value in Malaysia is estimated at RM343mil annually, with iconic sites such as Pulau Sipadan, Taman Negara, Endau Rompin National Park, Belum State Park, Mount Kinabalu Park, and the Forest Research Institute of Malaysia drawing in the tourists.

Human survival also hinges on plants’ ability to absorb carbon dioxide. The concept of carbon credit has been developed and trading in carbon credits has been going on between some developed countries and developing countries rich in forest resources.

Meanwhile, the concept of biodiversity credits to balance the conservation of biodiversity with economic development has been developed but not yet implemented. Hopefully, the Academy of Sciences Malaysia’s project, “Precision Biodiversity”, will address some of these issues.

Ultimately, what is required is the development of regulations and a code of professional conduct to manage and control the environment, as well as a concerted effort in nurturing future generations of nature-loving people via our school curriculum and programmes like nature guides and nature clubs, which the Malaysian Nature Society is currently spearheading. 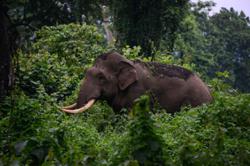