Quit complaining and do your bit 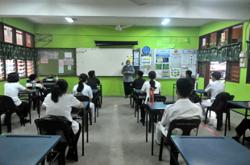 AFTER the end of the long Raya weekend, Malaysians who are on social media will surely come across viral photos of traffic snaking along the highways. Among the photos that were most shared were those at the Karak Highway, KL-bound from the east coast.

Let’s address the elephant in the room: The traffic jam during the Raya break cannot be attributed to work alone. I’d go out on a limb and say many of those stuck in the bumper-to-bumper crawl on highways after the Raya holidays were those who flouted the interstate travel ban to celebrate the festival in their kampung.

Of course, some of them would have had valid reasons to travel, but I am sure a sizable number did not. Many may claim that they had obtained approval from the International Trade and Industry Ministry (Miti) and the police to travel for work during Raya.

But let’s face it: Malaysians are world-beaters when it comes to finding legal loopholes and workarounds. Under the pretext of “work”, many would have applied to travel to their hometown to be with their families. And the authorities would be hard pressed not to approve such applications, especially if they come with official documents bearing company letterheads, which are not difficult to produce anyway.

Granted, a large chunk of the approved applications fall under the legal grey area. “Work” can be loosely defined, including those that require interstate travel. But have these travellers forgotten their moral responsibilities towards themselves and others?

Have these people forgotten that Covid-19 is not just still lingering in the community, but has also unleashed a wave of assault that is frightening and deadly?

Have these people forgotten about how last year’s Sabah state election saw dozens dying from the coronavirus, not to mention the health havoc it wreaked on thousands and the knock-on socio-economic disruptions?

Late last year, a Sarawakian who flew back to her hometown in Sibu to attend her father’s funeral sparked the Pasai cluster, which led to over 2,600 infections and 29 deaths. Do these people who travel back to their hometown want a repeat of that?

The irony is that many of these people who flout Covid-19 standard operating procedures (SOPs) had complained about the supposed government’s failure to contain the spread of the coronavirus.

They complain on and on about #KerajaanGagal on social media and criticise the government for having double standards when certain VIPs only get a slap on the wrist for SOP violations.

Sure, the government could have addressed these issues better. But two wrongs don’t make a right. If members of the public do not adhere to not just the letter but also the spirit of the SOPs, then our war against Covid-19 is going to be much harder.

And this would be due to the very people who, ironically, complain that the government is not doing enough. 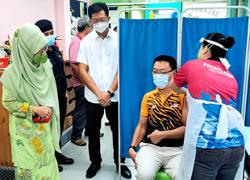 Let’s focus on fighting this pandemic together
Covid-19 vaccine: Should Malaysia adopt the one-dose policy?
Aren’t veterinarians considered frontliners too?
Single-dose CanSino a pragmatic approach in vaccination for remote areas
Vaccination for people with disabilities
Hiring the right type of teacher
We’re all in the same boat
University rankings and underemployment are illusions
Employers are responsible for safety of delivery riders
Ending the threat of Covid-19: Full cooperation integral to government’s solution-oriented approach