Speaking up for our children 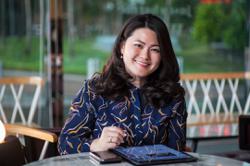 ANY complaint of sexual harassment and misconduct must be taken seriously, and this seriousness is reflected when all political parties stand together to voice their condemnation of the issue and call for human decency.

Malaysians with a moral fibre have cringed at reports of sexual harassment in our institutions of higher learning as well as schools, and many have sprung into action, including lawyers who are offering pro bono services to victims seeking redress.

Recently, a student uploaded a video on social media lamenting that her teacher had made callous remarks about rape during a lesson on reproductive health. Among the alleged remarks were that boys never complain of rape because it was "sedap" (pleasurable).

In speaking up against “period spot checks” and other forms of sexual harassment and abuses, comments have emerged that this is not newsworthy, or that politicians are politicising this issue. However, remaining silent and apathetic, and not taking any action against sexual harassment of underage persons when one is in a position to make a difference renders one equally culpable of permitting such abuses to occur.

In speaking up for the voiceless, society is educating and empowering children of their rights and dignity, and preventing them from growing up into misguidedly believing that sexual harassment is acceptable.

Women political leaders on both sides of the aisle are united in their condemnation of the practice of teachers and persons of authority in boarding schools, Majlis Amanah Rakyat (Mara) Colleges and institutions of higher learning telling students to show proof that they were menstruating to skip prayer sessions and fasting.

Malaysians' reaction to this issue shows that society is united against sexual harassment and misconduct. Political parties across the aisle have spoken against the abhorrent practice of menstruation checks. Now, the onus is on the government to take action to stop this practice.

A slap on the wrist may not suffice to placate the national uproar. Those found guilty must be brought to justice so that this practice is stopped permanently.

To be fair to Mara, I have been told that it does not have a policy on menstruation spot checks. As such, the practice would have been privately instituted by staff who are not conforming with Mara's standard operating procedure. A Mara official said the staff involved will most certainly face disciplinary action once the internal inquiry is completed.

On our part as politicians, we will press the government to guarantee the sanctity of our educational institutions and that our young ones will have a safe and secure place to study everywhere in Malaysia.

Notably, even PAS has called for action against the culprits. Religion cannot be used as an excuse to violate children, and my compatriots from PAS Muslimat would agree with this.

GWS felt that the media reports should alert the authorities to enhance surveillance and protection of students from sexual harassment and misconduct. GWS stressed that schools should offer a safe environment to deliver the highest standards of education to youths. Hence, the delivery of education must meet the highest degree of morality and ethics. Acts of harassment against the dignity of female students must be stopped, GWS said.

Wan Hasrina stressed that Islam prescribes a culture of healthy association with mutual respect between male and female students as well as between students and teachers, and this should be nurtured vigorously in education institutions so that every student, especially females, is respected as Islam demands.

Women, Family and Community Development Minister Datuk Seri Rina Mohd Harun, who is also Bersatu Srikandi (women’s wing) chief, expressed shock over the reports of menstruation spot checks in schools and said she would engage the Education Ministry and Mara to ensure that the practice is stopped. "This is unacceptable and shouldn't happen in schools, I take this seriously," Rina said on April 23.

Bersatu exco Ainie Haziqah has also said she found it disgusting that such misconduct is still happening to our students now without any measures being taken against the perpetrators.

Wanita Umno chief Datuk Seri Noraini Ahmad said the act of a teacher touching female students at school to prove that the student is menstruating is abhorring. "This is very shocking and embarrassing, more so that it is still happening today. We need to carefully examine the polemics on this issue. But if this allegation is true, the relevant parties need to take appropriate action to ensure that this matter is stopped immediately and not repeated again."

While respecting the privacy of the students and to protect them from further humiliation, our party’s women’s wing asserts that the authorities must shield the identities of the victims yet be transparent in reporting the outcome of their investigations and actions to be taken. These must not be limited to an internal inquiry and disciplinary measures but should also be expanded to legal action and police reports where necessary, counselling for the affected victims and follow-up even after they have completed their studies.

Wanita MCA chief Datuk Heng Seai Kie has offered free legal advice to victims and their parents via its Legal Advisory and Women’s Aid Centre (Lawa). "We also urge more victims, or their parents, to not be shy but to also come forward and speak up against any personal violations they had experienced during their schooling and tertiary years," Heng said.

Teachers, educators or anyone in a position of authority and trust in schools, colleges and universities should inculcate in their students the importance of respecting another person’s body and also teach them how to recognise sexual grooming, for example which sort of touches are acceptable as opposed to inappropriate ones, Heng added.

We also note that former Deputy Minister for Women, Family and Community Development Hannah Yeoh had highlighted the practice of checking students’ menstrual cycles, saying it caused embarrassment to the students and was a violation of child rights. She said the UN Convention on the Rights of the Child had to be instilled in “every institution and layer of society” in the country.

Former Deputy Education Minister Teo Nie Ching had also pointed out there was no official guideline that allowed teachers to conduct “period spot checks”. Teo said schools should be a safe place to educate children, instil good values and show love and humanity.

"That is totally disgusting and a violation of a person's privacy. No religion gives such permission. The Education Ministry must act to put a stop to this nonsense and lay out clear ground rules on how schools, including boarding schools, treat students," Rafidah said, adding that there was absolutely no excuse for anyone to invade another person's privacy in any manner, no matter what the reason.

Deputy Speaker Azalina described menstruation spot checks as pure harassment. "This is moral and religious policing that oversteps the basic human right to dignity. It's a violation and pure harassment," she said, noting if it happened to her, she would be traumatised for life.

Civil society organisations were also shocked by the menstruation spot check issue. Women’s rights groups, including All Women’s Action Society, Sisters in Islam, Pertubuhan Pembangunan Kendiri Wanita and Gadis, have all called for immediate action, stressing that menstruation spot checks were a form of sexual abuse of children.

“This denotes a chilling prediction for our future adult citizens, ” they said in a joint statement.

With universal condemnation of the period spot checks issue, it is incumbent for the authorities to stop it permanently, pronto!